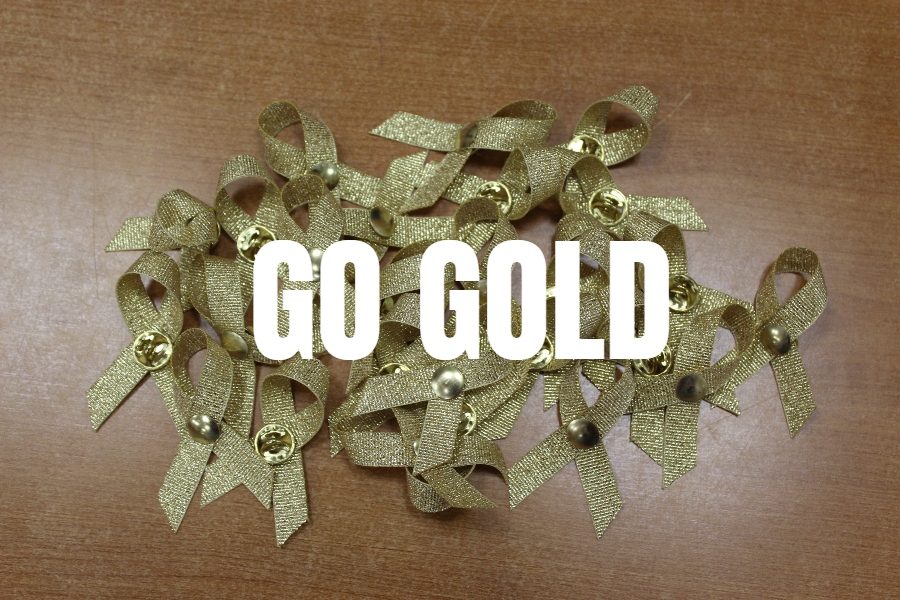 Tonight is the annual Gold Ribbon Game for Bellwood-Antis.

This week’s football game at Memorial Stadium is the annual Gold Ribbon Game for childhood cancer. This is the third year Bellwood-Antis has partnered with the Brian Morden Foundation to help raise money for the cuase.

Brian Morden was an Altoona Area High School student who battled Ewing’s Sarcoma for more than two years. He lost his battle at the age of 19 on February 15, 2003. The Brian Morden Foundation helps raise money for kids suffering from cancer. This foundation has helped out several local families including Alexis Kensinger and the Shura family, whose daughter Maddison lost her battle with cancer in 2017, when she was in second grade.

At the game, there will be booths set up selling golden ribbons and taking donations. Both the Glendale and the Bellwood-Antis bands will be wearing golden ribbons on their uniforms. The Brian Morden Foundation will be giving a presentation at halftime. After the presentation, there will be a lap around the track in remembrance of those who we’ve lost to the disease.

The cheerleaders will be involved with this event as well. Several of the cheerleaders knew Maddie Shura or were close to her family. So, they will be wearing golden ribbons on their jackets, bows for Maddie, and T-shirts in her honor.

The Golden Ribbon game hits close to home for cheerleader Caroline Nagle. Caroline grew up with a cousin who had stage four Neuroblastoma. The tribute to Maddie has always been in Caroline’s heart. The cheerleaders got involved with this event through Maddie Shura.

“Maddie Shura had always wanted to be a cheerleader. With Chrissy Shura, her aunt, being our head coach, we try to do everything we can to give back and get involved,” said junior cheerleader Casi Shade.

The marching band will collaborate with Glendale’s band to march around the track, alternating between the bands’ cadences.

“It’s great that we’re doing something like this for such a good cause. And I’m glad that my senior year we’re doing it with another band,” said Lordin Williams, a snare drum player.