B-A looks to get on track against Glendale 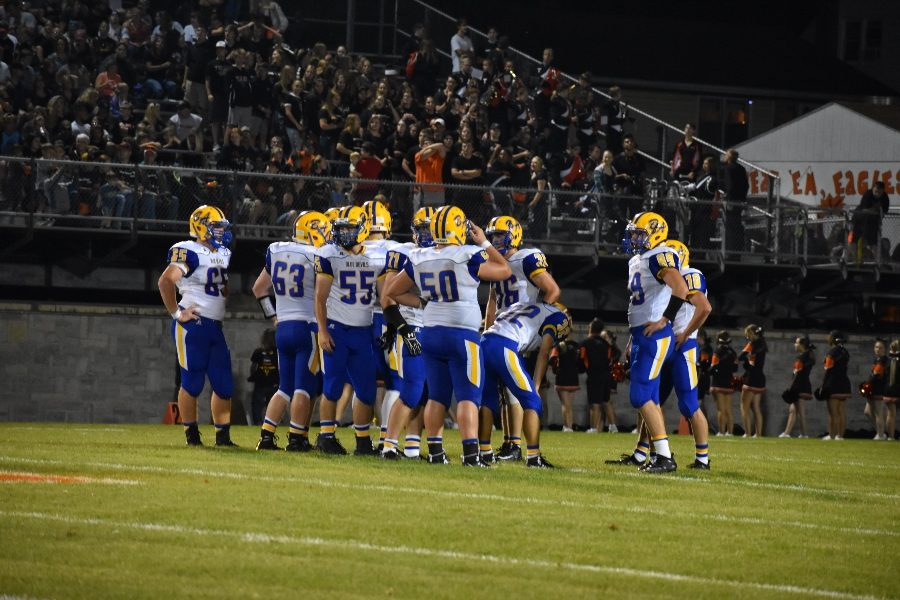 The Blue Devils are looking for a big ICC win tonight at home against Glendale.

The Bellwood-Antis football team will face Glendale tonight at Memorial Stadium after a tough loss against Tyrone in the Backyard Brawl.

Even though the Devils were defeated in their top rivalry game, it will not affect their overall ICC ranking.  That is what makes tonight’s’ conference game so important.

Head coach Nick Lovrich said, “We want to be a goal driven team and set goals not only to win the game but play good as well.”

In contrast from Tyrone’s Denver Light, who didn’t run much last week, this week the Devils match up against Glendale’s Jacob Jasper, who is a running quarterback.  Bellwood will need to put up a tough defense.

“He gets out of the pocket on every pass play. If we can contain him on passing plays and on the run, it will be a big key,” said junior linebacker Troy Walker.

Jasper had a total of 224 passing yards against Williamsburg, with two touchdown passes.  Jasper is a very shifty quarterback, and Bellwood will need to keep him contained and under control to bounce back from last week and get the W.

Last week  Bellwood was unable to get moving on the offensive side, producing only 100 yards.  This week Bellwood will need to create big plays and cash in on opportunities during possessions.

Senior Alex Frederick, a starting running back, said,  “I feel like it’s going to be a game where we’re going to have to come together as a team and come out on top from last week’s loss, but I have faith well get the job done.”

Coach Lovrich said it’s a matter of making the most of opportunities.

“(Against Tyrone) we had a lot of close plays, almost got a catch a couple times, almost had some blocks. But, almost isn’t good enough,” he said.