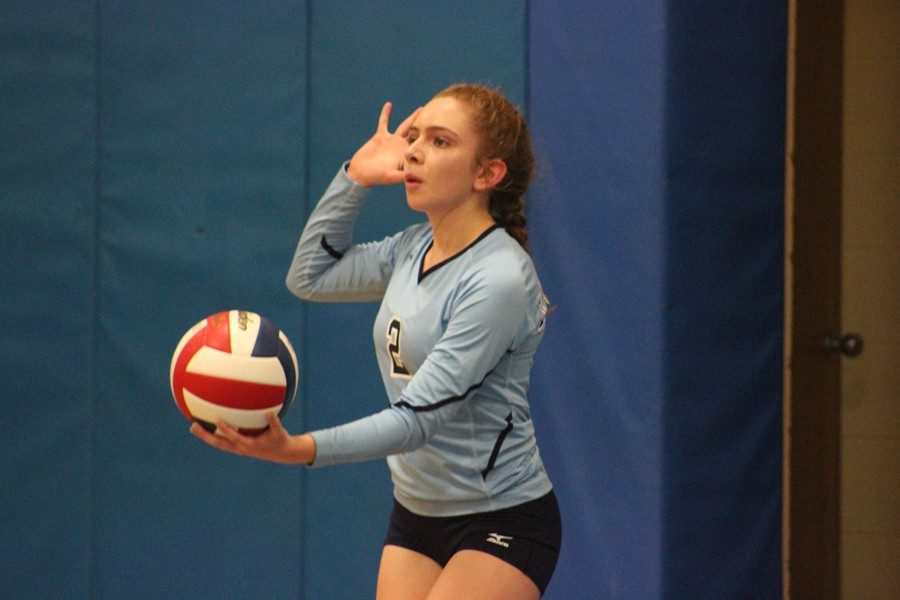 Sydney Lechner is one of several underclassmen back with starting experience for the volleyball team.

The Lady Blue Devils volleyball team knows they have a lot of talent coming back this year, and they definitely expect to win a lot of games in the ICC.  The only question is, can they get the job done in the playoffs?

“Obviously most team’s goals are to go undefeated, but we also want to have a lot of fun together, go further in the playoffs this year, and just have a ton of fun as a team. I think we have been working very hard for it,” said senior captain Kaelynn Behrens.

Last year B-A finished with a solid record of 15 wins and 7 losses, but suffered a defeat to Tussey Mountain in the first round of the district playoffs.

The team had two weeks of conditioning in which they had two hours of practice, twice a day throughout the week.  Also, they practice two hours a day every day after school.

They opened the season Tuesday with a big win over Glendale.