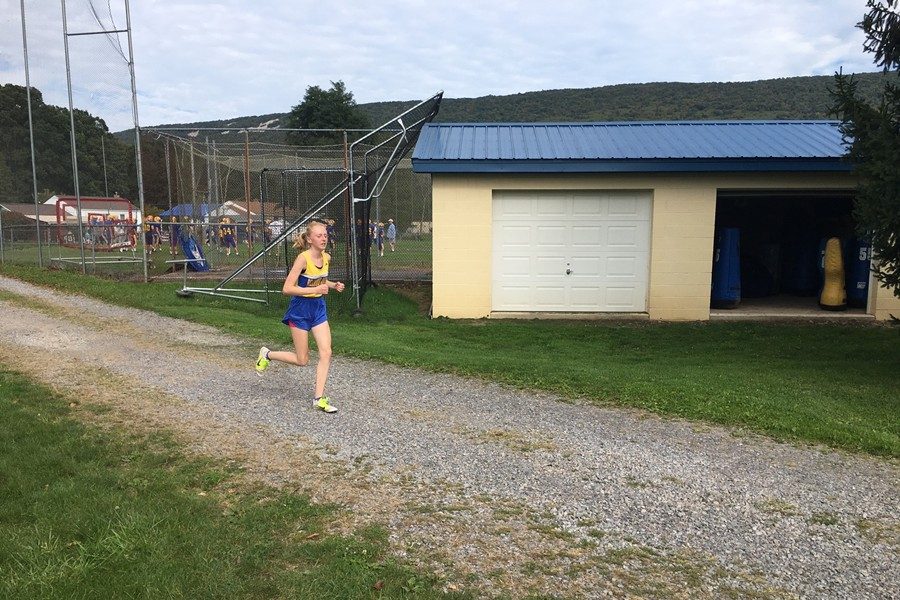 Jenna Bartlett and the rest of the cross country team had their first meet postponed due to the heat.

Some of the fall sports will have a late start due to the intense heat the past couple of days.

The Tyrone-Bellwood-Antis girl’s co-op soccer team was supposed to play home against Phillipsburg Osceola yesterday in Tyrone. However, P-O let students out early because the school’s air-conditioning has not been functioning. The game was postponed until further notice.

The boy’s co-op soccer team was supposed to play away at Philipsburg Osceola yesterday, as well.

Bellwood’s cross country team also had a cancellation, not because of malfunctioning air-conditioning, but strictly due to the intense heat, with temperatures hovering near the 90s.  The team was supposed to face West Branch on the road, but the match got cancelled, and there is no set makeup date as of now.