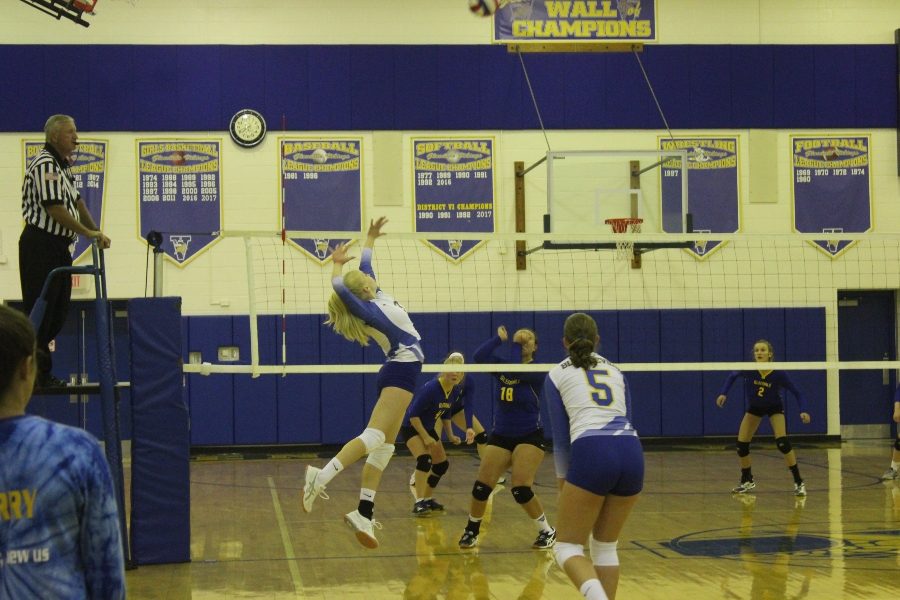 Kaelynn Behrens goes for the kill.

The Bellwod-Antis Lady Blue Devils volleyball team definitely had something to prove last night with in their three-set sweep of the season opener at Glendale.

It was time to show their talented young players were ready to win big ICC games.

“It was a really good start to the season,” Kies said.

B-A juniors really played a huge part last night in the win. Bella Kies had a team leading 14 kills, while Sydney Lechner really did her job as the setter, racking up 27 assists.

“I enjoy watching my hitters succeed with the sets I work hard to put up for them,” said Lechner.

“It’s amazing” said Harralson when asked about the feeling of getting their first win.

Serving played a big roll last night, as seniors Jestelynn Heaton, and Hope Shook combined for 15 service points, and both had 3 aces.

“I just focus on getting the serves over, then I add speed to it and wait for everything to kind of fall together,” said Heaton.