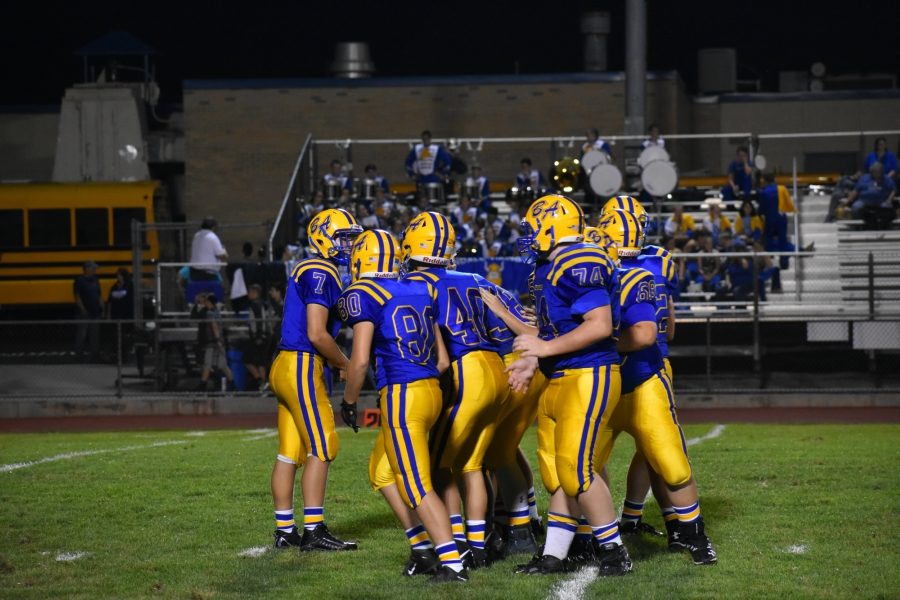 The Blue devils are hoping to get their jayvees some varsity action for the third week in a row tonight when they face Everett.

The Bellwood-Antis Blue Devils will play Everett tonight at Memorial Stadium, looking to keep the ball rolling after coming off yet another win over Juniata Valley last Friday. The Blue Devils blew past the Hornets 41-7 for their second consecutive victory.

A big threat for the Warriors will be Seniors quarterback Macen Akers. Macen is coming off a big win after beating Glendale 28-26, a game where he ran for 98 yards. On the season, he has run for 140 yards and passed for 115.

Still, confidence is high for the Blue Devils.

However, Frederick knows that they can’t be caught sleeping against Everett or else they will pay the price.

Akers likes the roll out of the pocket and run the ball for yards, so B-A has to be aware of the run game.

Coach Nick Lovrich said Aker’s strength creates a challenge similar to what the Devils have faced the last two weeks.

“What Akers does makes their offense go,” said Coach Lovrich. “He looks to run the ball a lot, but he throws well, too. We have to work on containing him and going whistle to whistle. We don’t want to get to a point where we think we have the play contained and then he throws over our secondary’s heads.”

“Defensively we have to keep him to the outside because he likes to scramble out of the pocket just like Jacob Jasper from Glendale and Quinn Zinoblie from Juniata Valley,” said Frederick.

B-A’s offense has been rolling, and the running game is a big reason why. The Devils are averaging more than 200 running yards per game, led by Frederick and John Kost.

Frederick, who ran for 122 yards against the Hornets, credited the offensive line for its improved play this season.

“I wouldn’t be able to be doing so well without the O-Line, so I give a lot of the credit to those big guys,” he said, guys like Trentin Whaley, Evan Pellegrine, Trenton Gonder, Caden Nagle, and Jackson Boyer.

Alex is looking to keep improving throughout the season and keep winning games.

Coach Nick Lovrich has a saying: “Play every play like it’s the State Championship.”

This seems to be working for Bellwood as they are 2-1 going into this week’s game. It will be a matchup between two 2-1 teams that are both looking to take the lead in the ICC.