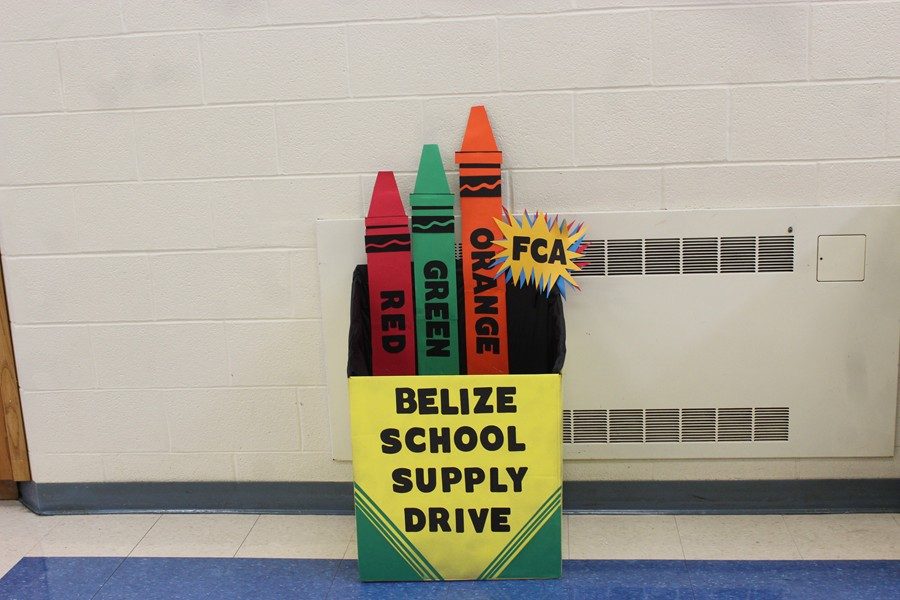 Belize is a country in Central America whose people are in need of help.

The country is very poor in some parts, but in other parts of it is quite wealthy. In that way, it is actually similar to a country like Jamaica where there is wealth near the resorts but away from the resorts great poverty.

Bellwood-Antis junior Jackson Boyer decided to do something to help. The last two summers Jackson has gone to Belize through an organization called Sewing Seeds in Belize to assist the people of impoverished country.

“When you go and see how poor these people are – with huts with dirt floors for homes – you realize how good you have it. I want to help as much as I can,” he said.

The organization is now setting up an import-export business, sending shipping containers filled with supplies.

Jackson decided to involve the Bellwood-Antis FCA club. The group put a box in the gym lobby to collect school supplies for the children of Belize. The organization will be collecting materials until the end of the month when they will be transported to Belize.

Bellwood-Antis students can get involved by bringing in supplies like pencils and notebooks and placing them in the box.

“We’re helping Jaskson as the FCA, supporting him,” said FCA vice-president Troy Walker. “He brought it up to us at an FCA breakfast earlier this month. FCA has always been good at making charitable contributions.”