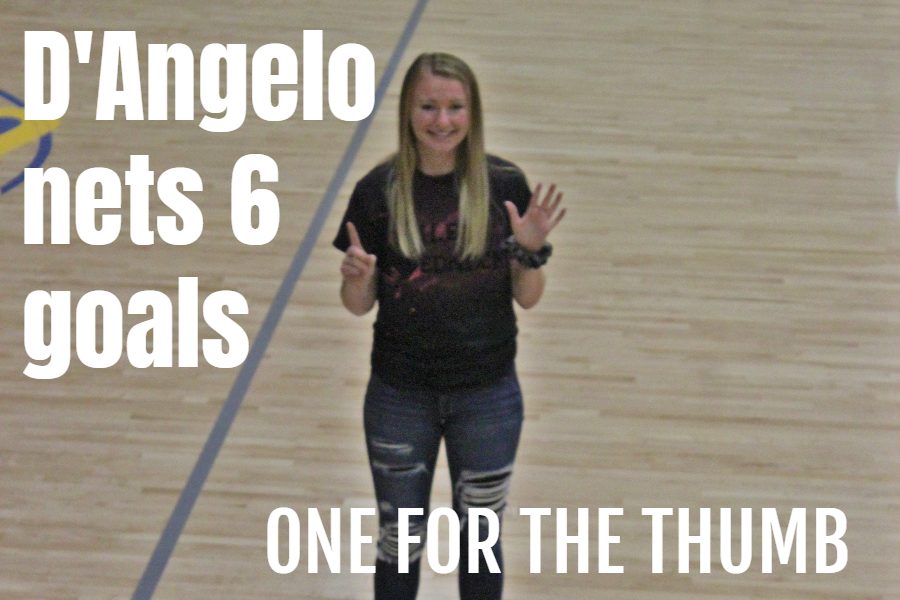 Last night the Tyrone/Bellwood girl’s co-op soccer team faced Philipsburg-Osceola and got the win 8-0 at Philipsburg.

B-A senior Riley D’Angelo scored the first 3 goals and continued on for a record night, netting a personal-best six goals.

“Kendall gave me a lot of good balls, so that made it easy,” said D’Angelo. “The defense worked the ball well to our midfielders, and they gave good balls to the forwards.”

D’Angelo got her first three goals in the  first 10 minutes and added one later in the first half. As the first half went on Tyrone’s Lindsay Parks added 1 more goal to make it 5-0 at the end of the first half.

Coming out of the half Riley wasn’t happy with just 4 goals, so she continued to scorch the defense to add to her impressive performance.

“It was exciting, but I’m proud of the team. It truly was a team win,” said d’Angelo.

Tyrone/Bellwood girls aren’t done with Philipsburg yet they with face off once again at home Saturday, September 28.

Last night the Lady Devils faced Glendale at home and came out with another victory.

Junior Sydney Lechner had a total of 19 assists to help get the ball over the net.

Senior Kaelynn Behrens was out for two weeks with an injured vertebrate, but she bounced back last night for the Lady Devils and helped with 6 service points.

Lechner did a great job serving the ball last night, she chimed in to give BA a total of 16 service points.

On Wednesday, the Tyrone/Bellwood co-op boys’ soccer took on Philipsburg at Tyrone and got their third win in the Mountain League, coming back from a 2-1 deficit to win 4-2.

Philipsburg scored the first goal of the game while Bellwood scored right after them tying it 1-1 at halftime.

Bellwood sophomore Alex Taylor scored the first goal in the first half while B-A junior Corey Johnston registered a hat trick, with all his goals coming in the second half.

“It feels good to finally get a win and keep the ball rolling,” said Corey Johnston.