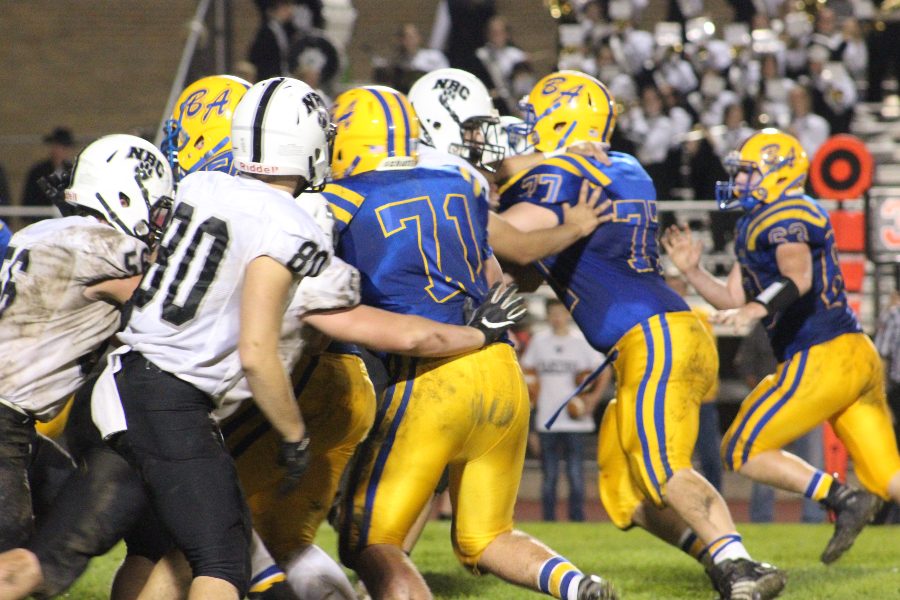 B-A won a tough battle against Northern Bedford on Friday,

The Bellwood-Antis football team faced Northern Bedford last Friday night on Homecoming, and trailed 6-3 with only a few minutes left in the first half, but Shawn Wolfe finding Zach Mallon for a 48 yard touchdown changed the momentum of the game.

After the 24-14 win against the Panthers, B-A became the only undefeated team in the ICC (5-0), they have one tough loss against their rivals Tyrone (5-1).

The Devils led at the half 10-6, but put up touchdowns in the third and fourth quarter to help get the 24-14 dub against the Panthers.

Alex Schmoke had a cast on his arm so was kept out of the secondary, but he still helped B-A out on special teams with a first-half field goal.

Junior, John Kost opened up the second half with a 12 yard run, to make the score 17-6.

Than in the 4th quarter Sophomore, Zach Mallon had a wide open 42 yard punt return to make the score 24-6, but with little time on the clock Northern Bedford’s, Leidy had a 31 yard pass to States to put up a TD and BA rounded out the game with a 24-14 win.

BA has been on a 4 game win streak, set aside the season opener against their rivals Tyrone, when they took a tough lose in the backyard brawl.