B-A volleyball team makes it 8 in a row 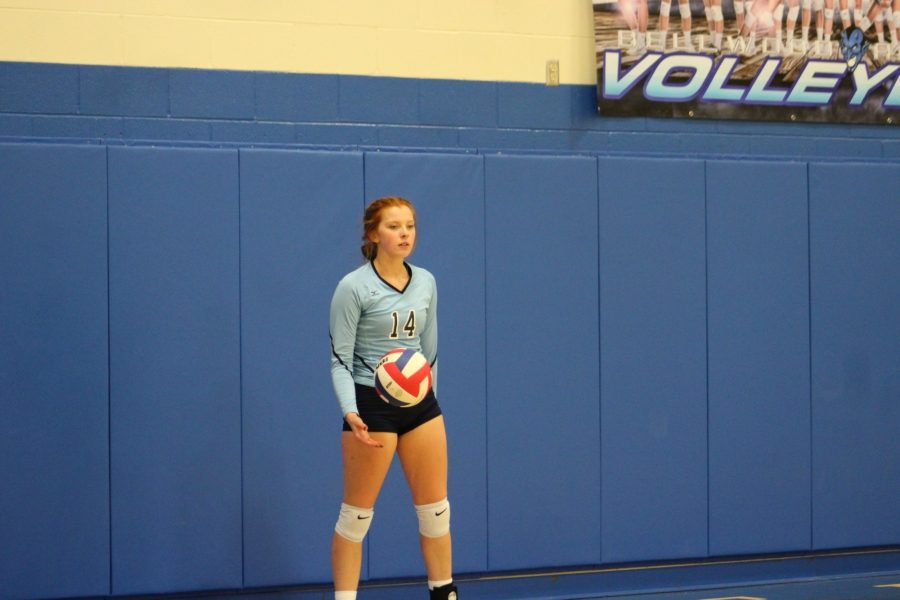 Karlie Feathers waits to serve the ball against Northern Bedford.

The girls improved to a 9-1 record since a tough loss at the beginning of the season against West Branch, but the girls are on an 8 game win streak.

During the first set it was close, with the set score being 25-17. The second set wasn’t even close with Bellwood winning by 14.

Going into the final set B-A had confidence that they were going to win and finished the set 25-15 to complete the sweep.

Junior Sydney Lechner helped her team by racking up 27 assists and 2 aces.

Junior Sakeria Haralson protected the net and had 9 kills.

Bellwood is going to be playing West Branch tonight, trying to get redemption on the only team that has beaten them this season.