IN THE CLUB…with Spanish Club 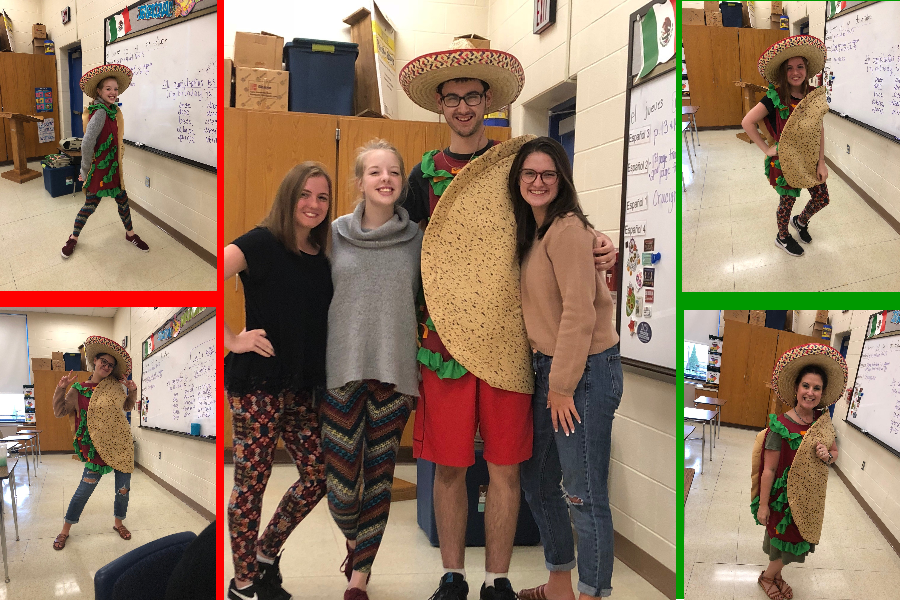 Spanish Club is more than dressing like a taco, although that opportunity is always on the table.

Spanish Club participates in several school events each year, such as the activity fair and safe night.

Advised by Senora Smith, the club meets in the Spanish room during activity period. To join this club, just show up. However, you must currently be enrolled in a Spanish class to join. According to Senora Smith, the only bad thing about joining late is missing what they have done in previous meetings.

It’s a fun club to join if you enjoy Spanish culture and language.

Not only do the members of the Spanish Club enjoy the language and culture, they get to practice their Spanish speaking skills.

One club member said, “I enjoy the language and Senora Smith is a great teacher.” He also says, “I enjoy the atmosphere of the club.

Although seniors are the only students who can be president of the Spanish Club, everyone has lots of fun.

Next week’s article is Mock Trial.