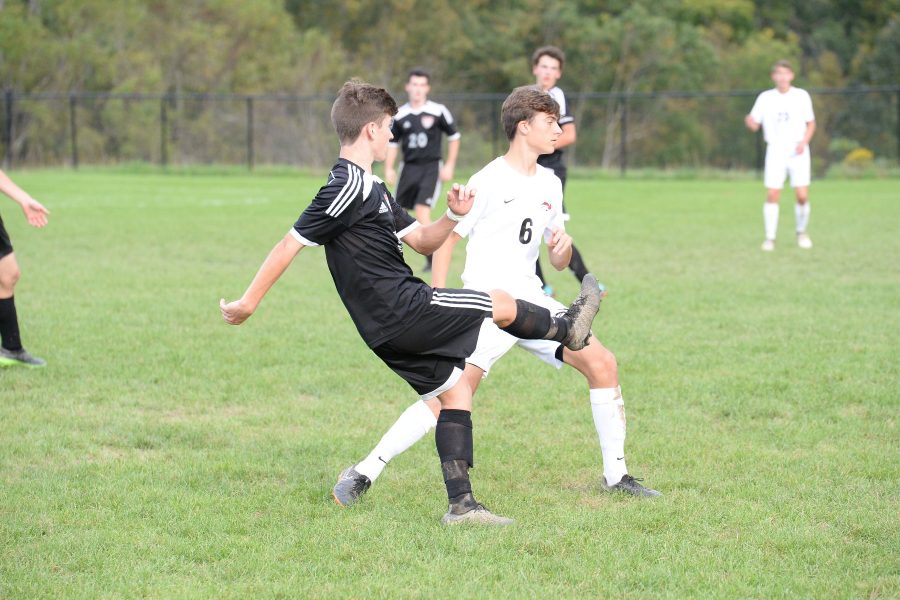 Corey Johnston scored two goals and had two assists in the soccer team's win over Central.

After a 6-0 win last night against Central in Tyrone, it comes down to the last two games of the season to find out if the Tyrone/Bellwood-Antis co-op soccer team can make it to playoffs.

Tyrone went up 3-0 early in the first half with junior Corey Johnston scoring with a penalty kick and getting the first goal of the game.

Following quick behind his goal sophomore Alex Taylor and senior Owen Shaulis scored 1 goal each both coming off the assist of Corey Johnston which gave them confidence going into the second half.

Tyrone is looking to extend their season by getting wins over Philipsburg-Osceola and Huntington to have a chance at qualifying for the playoffs.