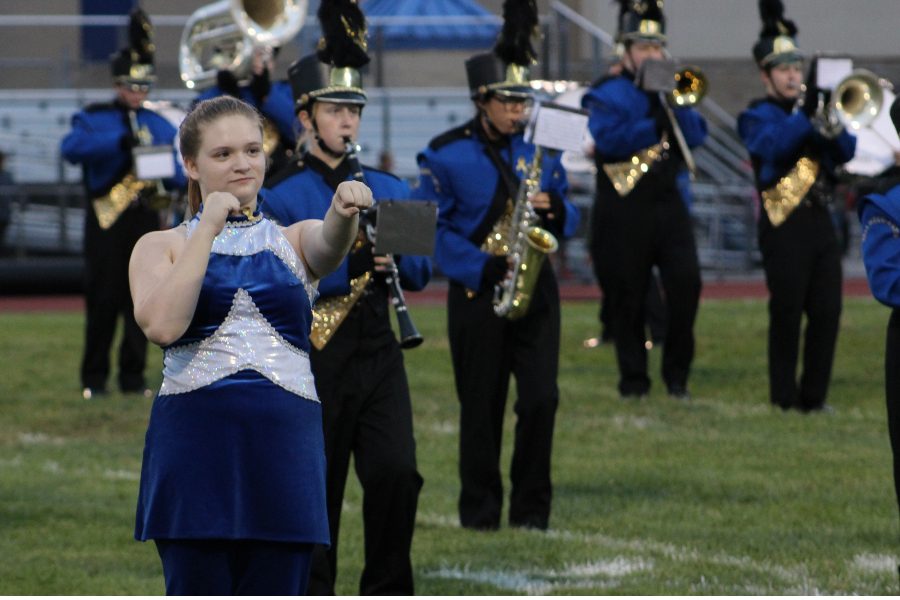 The Bellwood-Antis band is playing a version of "Hey Baby" designed specially for the Marching Blue Devils.

The Bellwood-Antis Band recently received a custom made piece designed specifically with the Blue Devil Marching Band in mind.

The arrangement  is a rendition of “Hey! Baby!”, the 1950s classic, and the band has already been playing it in the stands for three weeks.

“This is a traditional piece by the Penn State Marching Blue Band.  Mr. Palmer arranged it in the style that Penn State performs it,” Mr. Sachse explains.

Mr. Sachse asked James Palmer to create it, and this is the first custom arrangement that the Bellwood-Antis has ever gotten.

Mr. Sachse likes how Palmer made it for B-A’s skill set.

So does drum major Dominic Tornatore, who said the song has been a hit with Bellwood-Antis fans at games over the last three weeks.

“It’s been a great addition,” said Dominic. “It’s pretty much a classic. The fans love it.”