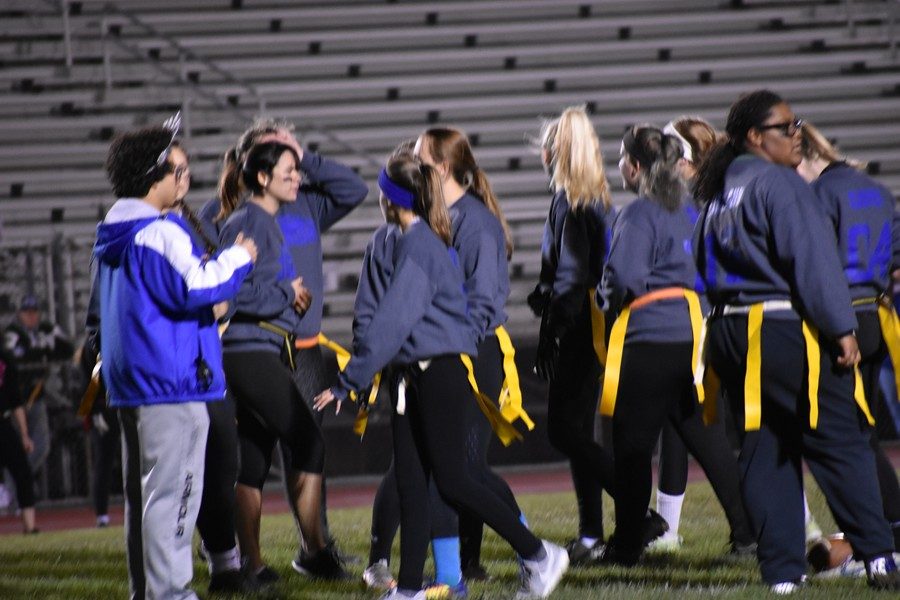 The seniors are looking for a win Sunday in the Powder Puff game.

The Annual Powder Puff football game between the senior girls, and the junior girls will be held this Sunday, Oct, 28 at 2:00 p.m.  The game is sponsored by the Bellwood-Antis Key Club, and all proceeds will go to the PA Special Olympics.

“This is the third year we have done this as a Key Club activity,” said Key Club advisor Mr. Burch. “We’re trying to keep an old tradition going on raise money for the Special Olympics at the same time.”

This year’s seniors were defeated last year as juniors by a score of 10-0, and they are out for some redemption.

“We’ve been working hard in practice in order to get the plays down so that we can be better than last year,” said Senior Hope Shook, who is playing quarterback for her squad.

With a big game like this, there can be a lot of pressure and doubts.  The seniors have the upper hand in terms of experience, and have been practicing hard to win.

“I think we will be decently ready. At least by game time I think we should be good,” said senior coach Alex Frederick.

Playing in your first Powder Puff game may seem like a challenge, but a lot of the juniors are ready to go, and believe in themselves.

Junior Sakeria Haralson said, “We are very smart and athletic. I have faith in us.”

It’s a game for charity and pride, but also bragging rights.

“All the hard work and practice they have been putting in, plus the pure athleticism on the team, a win should be guaranteed,” said junior coach Julian Bartlebaugh.