A Video Game for Action Lovers 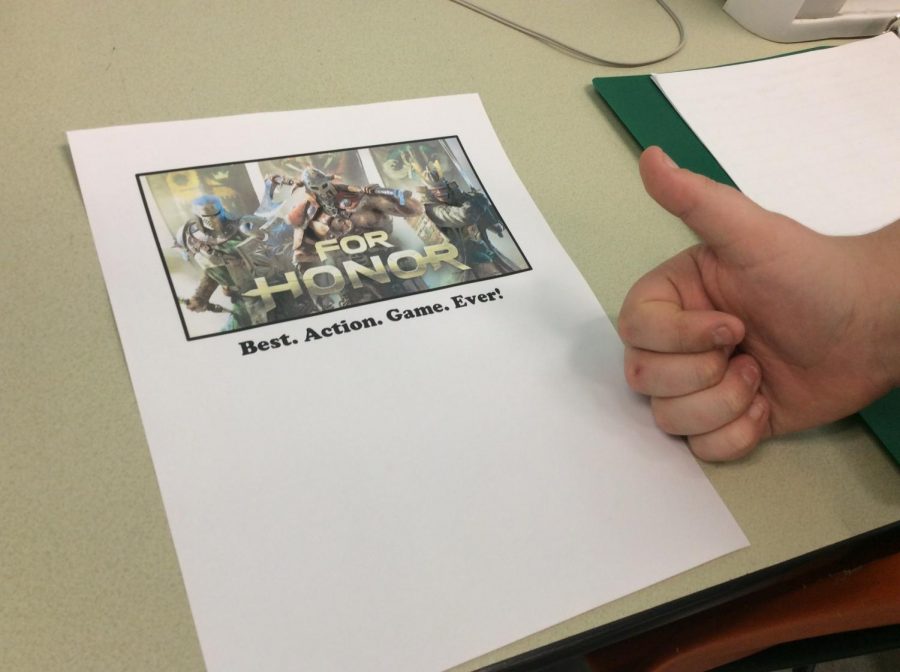 For Honor is an action game about knights, vikings and samurai

If you like video games in which you can fight the enemy in a quest to gain more land, then For Honor would be a good pick for you.

Players start the game as a knight, and then play through the knight’s story until it’s completed. Then players begin a viking story to find out that the knight started a war after an  earthquake. After that, players start a samurai story to find out the knight named War restarted the war with the Black Stones, a group of knights. A war is a season, which lasts a month or longer . Once it’s over, it takes a up to three months for another war to start. The faction that wins the war gets armor parts, weapon parts, experience points and savage coins.

There’s a basic edition of this game, but if you want more stuff to start with such as savage coins, you can play the Golden or Deluxe edition. There is also a multiplayer mode for this game.

If you like playing adventures, you should definitely try For Honor.