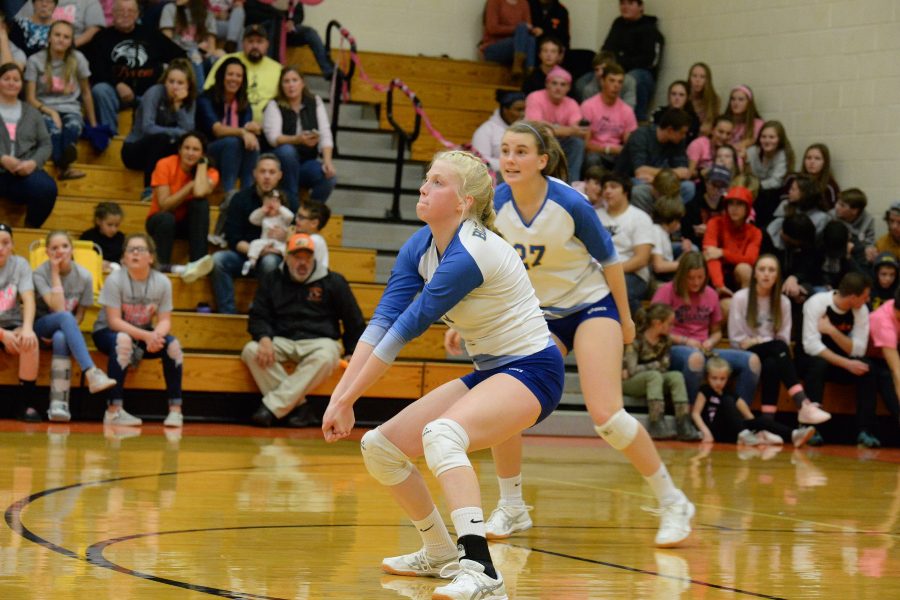 Kaelynn Behrens digs out a serve against Tyrone.

The Bellwood-Antis volleyball team lost on Thursday against Tyrone in three sets.

It was a tough way to lose for the Lady Devils, who were playing without two starters. Sydney Lechner had an injured finger and Bella Kies injured her ankle the day before the game.

Both girls are three-year starters.

Tyrone did most of its damage with their serves, totaling 17 aces.

The Lady Devils’ record fell to 15-3. They will begin the District 6 2A playoffs tonight at home as the No. 6 seed against Forest Hills as the No. 11 seed.