Volleyball team ousted in first round 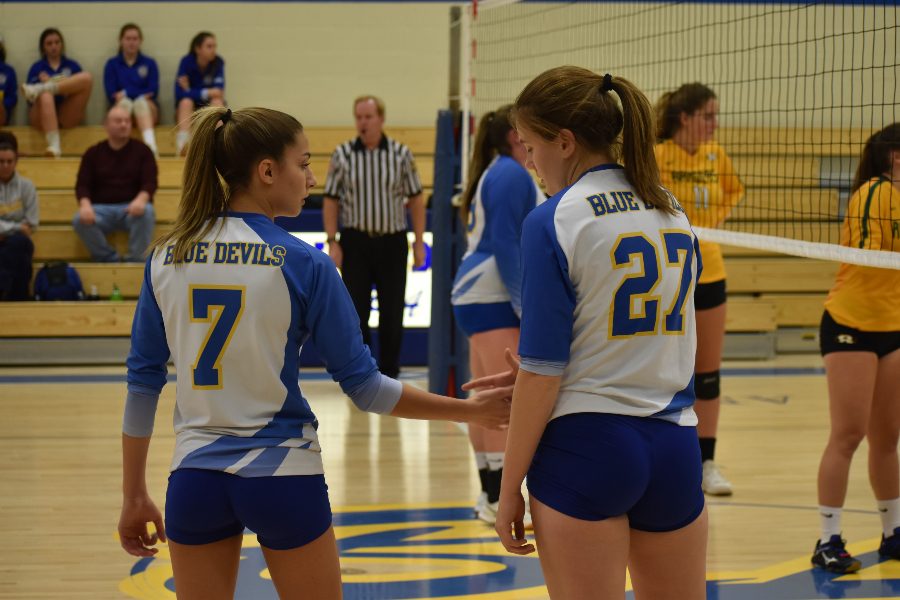 Sicily Yingling (7) and Hope Shook (27) wait for a serve against Forest Hills.

The Bellwood Antis Lady Blue Devils volleyball team had a successful regular season to say the least, finishing the season with a 15-3 record, and the sixth seed in the District 6 2A playoffs.

Sports seasons eventually come to an end, and this one is no different.  But for the Lady Devils, this season was not a failure.

“This season couldn’t have gone better.  We have all grown and learned so much from each other.  We worked extremely hard this year to achieve everything we have.  The loss we took last night, I am sad to say our season is over, but we never gave up hope, and never stopped fighting.  I couldn’t be prouder of my girls,” said Senior Kaelynn Behrens.