B-A rallies for win over Rockets 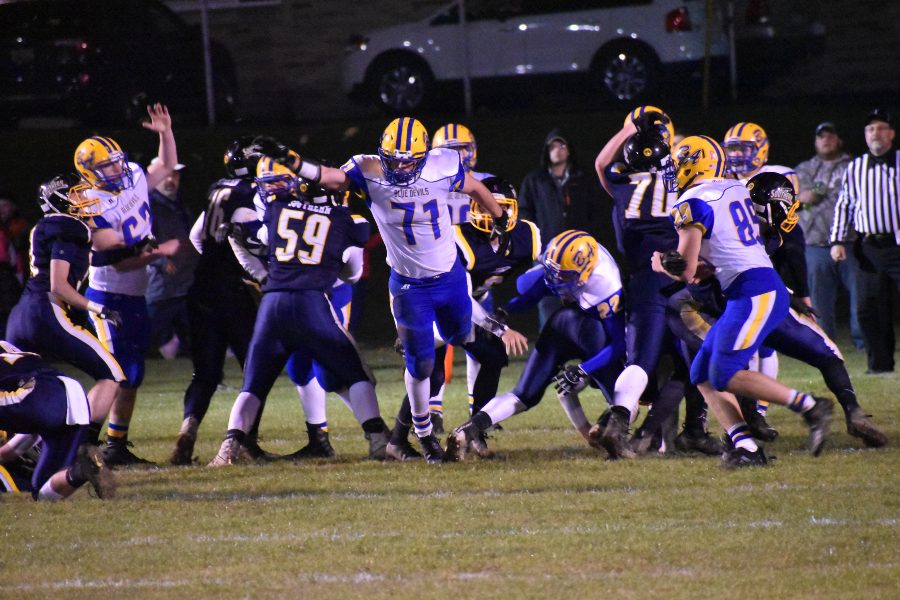 Caden Nagle breaks through the line against Southern.

Friday night Bellwood-Antis was down 20-7 just in the first quarter but the boys didn’t let the lead by Southern Huntington get the best of them.

The Devils put a stop to the Rockets’ scoring streak and Shawn Wolfe helped the Devils regain focus and beat down the Rockets 42-20.

“We believe that each Friday night is like our state championship, so we feel like every game is like a playoff game,” said Coach Nick Lovrich. “We need to keep improving each week.  I think we have been playing pretty well so hopefully we can get better this week.”

Wolfe ran for 111 yards and three touchdowns and threw for 92 yards to help set the Devils up for another victory.

“I think we have been a pretty physical team and that has been a positive for us. We play together as one unit so I think that was a big part of our success against Southern,” said Coach Lovrich.

Bellwood-Antis was down by 13 points just in the first quarter but the Devils did not let the score get to them. B-A stormed ahead by halftime with a three-touchdown second quarter to go up 28-20, and the Devils were never challenged again.