ARTIST OF THE WEEK: Dominic Tornatore 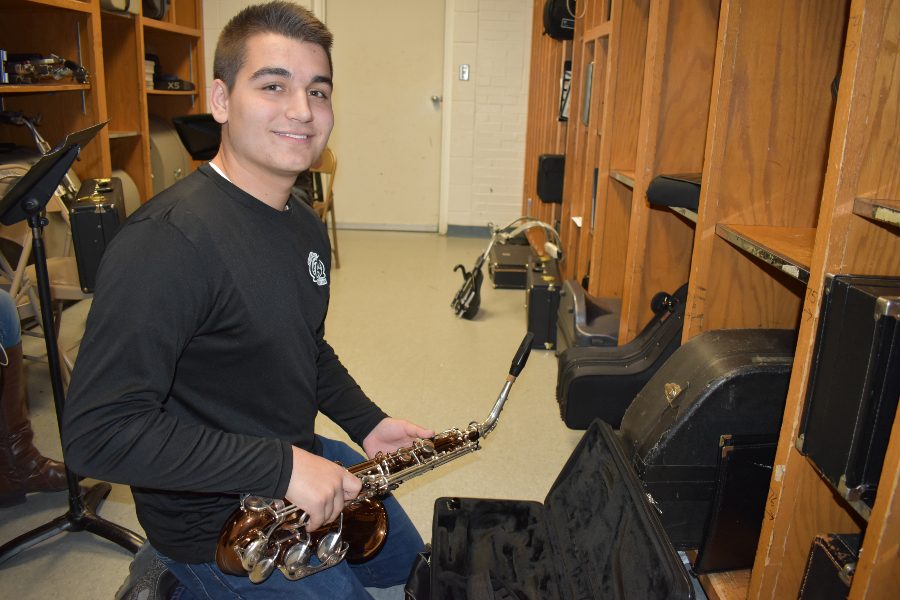 Dominic Tornatore if the BluePrint's first two-time recipient of the Artist of the Week.

This week’s artist of the week is senior Dominic Tornatore. Dominic has been playing the Alto Saxophone for nine years.

“The thing I like the most about participating in the band is the musical experience that I get out of it,” said Tornatore.

During his final year in the Bellwood-Antis marching band, Tornatore plans on learning more technique and scales so that he can be more successful at different band festivals.

After high school, Dominic plans to join a band.

“I plan on being in the Hollidaysburg community band. I also want to look for a local jazz band to participate in,” said Tornatore.

Dominic has accomplished many things over the years he has been a member of the band. He has made it into district band twice, Susquehanna honors band twice, region band once, and district band once. Dominic is also the drum major of  the marching band in this his senior year of high school.

He is also the first two-time recipient of the BluePrint’s Artist of the Week award.