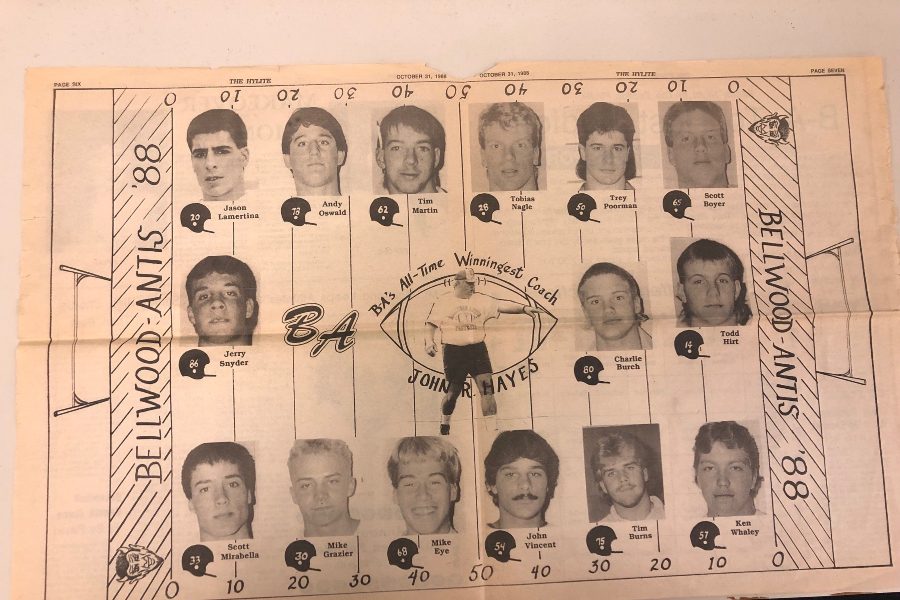 The District 6 2A champion Blue Devils were recognized at a school-wide assembly in 1988.

About 30 years ago in December 1988, a new concept was introduced into the school program to pay tribute to B-A’s gridiron heroes.

Students had a half school day, but it wasn’t a normal half-day.  Students attended their afternoon classes in the morning, and after sixth period they returned to their homeroom the attend a special assembly program. For admission, the students had to bring a potato and canned good that was donated to the Council of Churches that was given to needy families.

The assembly was to honor the Bellwood-Antis football team, which won the District 6 2A championship and advanced to the PIAA Final Four. The assembly included an introduction by Coach John Hayes of all the football players and a list of their accomplishments.

Mr. Jim Gregory, then the sports anchor for WTAJ handed, the TV-10 Class AA Championship trophy to the team. The football captains presented  team trophies to the Student Council. They ended the assembly by crowning a King and Queen of Football.