Three B-A skaters look to push Altoona to another title 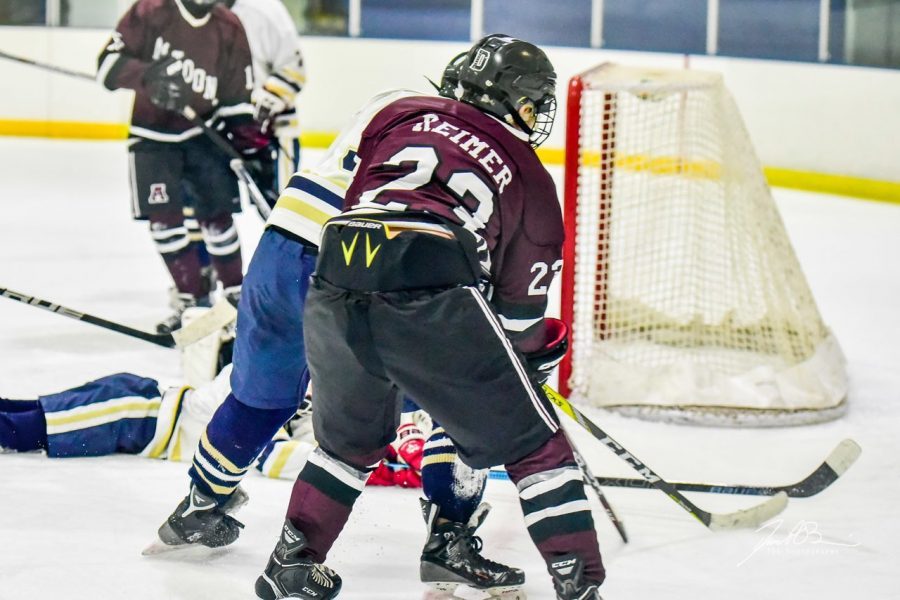 All three students represent Bellwood-Antis in hockey playing for the Altoona Mountain Lions.

Bellwood-Antis is affiliated with Altoona Mountain Lions through a hockey co-op in the Laurel Mountain Hockey League. The team is currently 3-1 heading into its next game Thursday against Forest Hills at Galactic Ice.

They are competing for their third consecutive championship, having won in 2017 and 2018.

Arik said, “If anyone wants to give hockey a try, they should contact Galactic Ice in Altoona Pa.”

When asked what the hardest thing about playing ice hockey was, Arik said, “Keeping up with the speed of the game, skating forward then transitioning backwards quickly, and scoring goals is the hardest part of the game for me.”

For Connor, “The hardest thing when playing ice hockey to me is learning to skate and knowing your position.”

Aiden says that the best part about playing hockey is making new friends.

One of his proudest moments was when he scored a hat trick against their rival team in 7th grade.

Some of Connor’s proudest accomplishments in ice hockey were his big hits.

Arik’s biggest accomplishment was in his first travel season with the Altoona Trackers where he scored 19 goals and 5 assists in 20 games to lead the team in scoring.  “Also being part of the Altoona Mt. Lion Varsity team and playing to win our second consecutive league championship in going undefeated in 2018 is one of my proud moments,” said Arik.

Come and support your Blue Devil Hockey players! Home games are played at Galactic Ice in Altoona, and you can check out the Mountain Lions’ schedule here.