In The Club… With PJAS 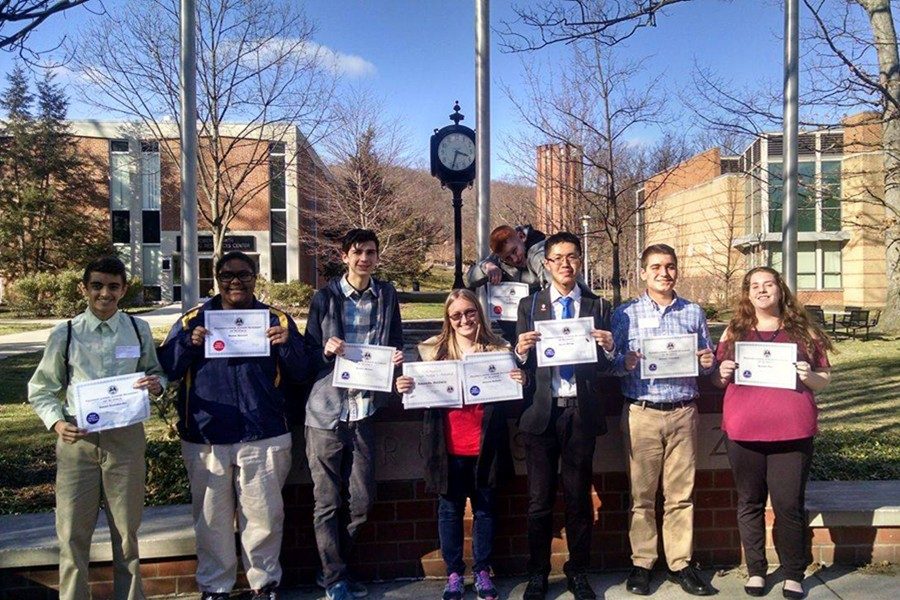 Into science, mathematics, and STEM? Then, PJAS is perfect for you! The Pennsylvania Junior Academy of Science hopes to reach out to young scientist and mold them into a future job in a science field. PJAS members choose an area of interest and either perform research and/or conduct an experiment, collect and analyze data, and present a conclusion in front of a panel of peers and judges. PJAS is almost an independent study class because you do most of your project outside of school.

Then, at a competition held at Penn State Altoona Campus in march of 2019, judges will give members a score based on a rubric. If a member earns a first place award at regionals, he/she or they will qualify to present again at the state competition. During may 21-23, 2019, the Penn State University in University Park will host the 85th annual PJAS state competition. However, you register online by February 1, 2019, but Ms. Shimel wants you to commit to doing PJAS by December 21, 2018 so that the school can pay a $15 registration fee for you. You will be responsible for paying the $15 dollars back to the school if you back out of the competition.

The PJAS aims to promote greater participation in science and mathematics activities among youth, improve the quality of achievement in mathematics and science by encouraging students to do research and develop original ideas, help students develop an understanding of the scientific community, improve science club activities, teach members true scientific attitudes and humanistic ideals that will lead to the greater development of service to man.

Members of PJAS will gain experience if they are going to college/university for a STEM or STEM field. This also looks great on a resume. There are also scholarships awarded for various areas of research and sometimes include traveling to other states as well as monetary prizes that are awarded for superior work at the regional level. Penn State will offer scholarships for both Altoona and Main Campuses. Prizes awarded at states range from $50 to $8,000, with scholarships awarding the most money.

PJAS members will get a sense of belonging and teamwork while also being independent because students can choose to work together or alone. Members use creativity, the scientific method, and social skills in PJAS. Students can also expand his or her knowledge in a field of study. This could help him or her see if him or her would like this field of study and gain a basic understanding of a field. Last, students in PJAS will earn a 100% test grade added on to his or her 9 week period if he or she is a students in one of Ms. Shimel’s classes. Also, s student could be in PJAS for more than one marking period. This is a little extra credit for the STEM students in Ms. Shimel’s class. Other science teachers may offer other incentives and offer help with a students project creation and/or data analysis. Math teachers are really good at statistical analysis in projects.

If you are interested in joining, see Ms. Shimel before Christmas break if you want to compete, see her before February 1st if you want to compete but missed her before Christmas break (you will have to pay $15), or see her anytime to participate but not compete (some students like to create a project but not compete). Competition categories include Behavioral Health, Biology, Biochemistry, Botany, Chemistry, Computer Science, Earth and Space, Ecology, Engineering, Mathematics, Microbiology, Physics, or Zoology. For example, some students in the past have done Heat Byproduct, The Dynamics of Parents and Teenagers, How Accurate is the Amount of Fat Listed on a Package of Food, Pareidolia: Ghost of Reality, What do the Dimples Have to do with Golf Balls, Liar Liar, What Makes Ice Melt the Fastest,  Those Gosh-Darn Millennials, and Plinko Board Probability.