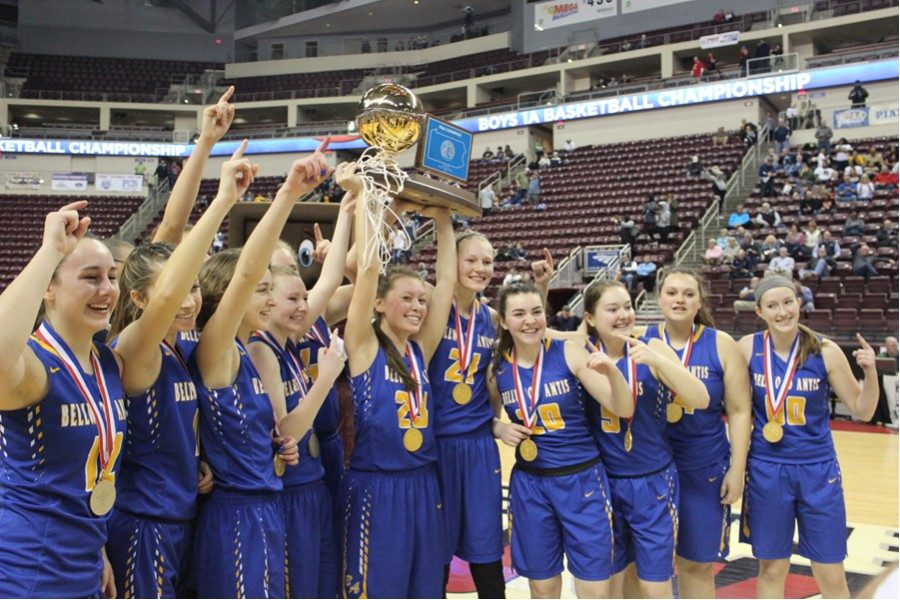 The girls basketball team is back to defend its PIAA championship this season, seeking also an elusive District 6 crown.

After being a consistent force in District 6 and the PIAA for quite some time, the Lady Devils cracked the code last year, winning their first state championship in school history.

This season B-A is returning four starters, losing only Tina Hollen to graduation. There’s no questioning the talent of the group, as their top four scorers return in Pennsylvania Gatorade player of the year Allison Campbell, senior Riley D’Angelo, and juniors Emilie Leidig and Sakeria Haralson.

“We are excited about the start of the season.  Most of our offense is returning and we have been working hard to maintain our success.  Having four starters returning is a blessing.  All four have worked hard at their game over the past year and play well together,” said Coach Jim Swaney.

The girls basketball team had one of the best seasons in B-A sports history in 2017-2018, winning the PIAA 2A championship,  the ICC, and finishing the regular season with a record of 20-2. They fell just short of winning the elusive District 6 title when they lost to Blairsville in the District 6 semifinals, but Swaney hopes that goal can be met this year.

“Our goals as a team never change.  We always expect to compete for conference, district, and state championships,” said Swaney.  “Some of the individual goals I would like to see our kids set are, Alli Becoming the schools and Blair County’s all-time leading scorer (currently held by B-A grad Karson Swogger).  Riley, Emilie, and Sakeria all moving forward in their pursuit of 1,000 points and Sakeria working toward becoming the first player in Bellwood girl’s history to have 1,000 rebounds.”

Campbell had an unprecedented 817-point season last year, giving her a career 1,345 points.  Already committed to Notre Dame, Campell has a chance to shatter Swogger’s mark of 2,520 points.

Riley D’Angelo is chasing the 1,000 points mark this year, and she has 720 points, while Sakeria Haralson had 309 rebounds, and 371 points last year.

There’s a lot of pressure on this year’s team to perform like last year, but Coach Swaney thinks the girls are ready for it

“I don’t look as pressure as a bad thing.  You want to have some,” Swaney said.  “We believe we are good, but we also understand the pressure of winning a state title.  That is the reason we show up every day, we had a taste of winning the title last year.  I think it made our kids hungry to get back.  We feel we still have some things to prove.  I tell our kids every day, how do we want to be remembered, as a good team or one of the best to every play in District 6.”

When asked about the expectations for the season, D’Angelo said, “I expect us to be back where we were last year because we have been looking good so far and had a successful summer.  It puts some extra pressure on us, but we are definitely motivated and excited to start playing.”

The girl’s season tips off this Saturday as they take on rival Tyrone at home at 3, and this season looks to be a good one.