Lady Devils come out on top 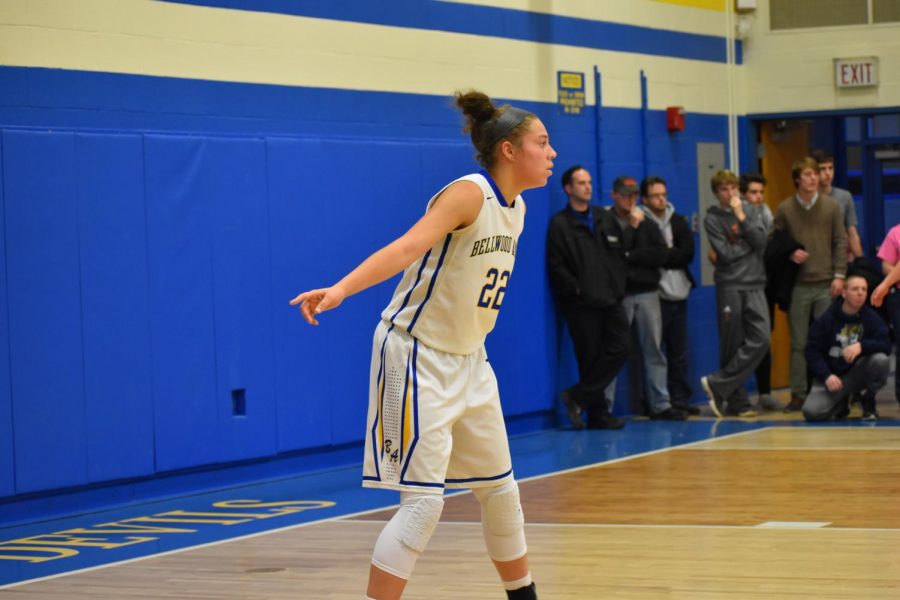 Sakeria Haralson had some key first-half baskets in a win over Tyrone.

Bellwood Antis girls’ basketball team opened its season up with a tough, gritty win over rival Tyrone, by a score of 67-57.

Tyrone was a young, hungry team playing with a lot of emotion and intensity, but a late second quarter surge propelled B-A to a 10-point win over rival Tyrone.

“I hope we already knew, but if we didn’t know then, hopefully we know now that we have a huge target on our back, and teams are always going to be prepared for us and they’re always going to play hard against us.  We’re not always going to have that many turnovers and fouls, but with that being said, we still found a way to win.”  Said Coach Swaney.

B-A was led by Junior Alli Campbell who poured in a game-high 29 points, but what stood out was her effort and abilities on defense.

Coach Swaney said, “She was good all game on offense, but I think she really challenged herself coming into this game.”

Alli Campbell and Sakeria Haralson both pulled down 10 rebounds for the Lady Devils.

Fellow junior Emilie Leidig started off with only 2 points in the first half but came on hot in the second half putting up 12 points, helping B-A come out of the game with a win.

Bellwood’s next game is tomorrow, at home against Everett.