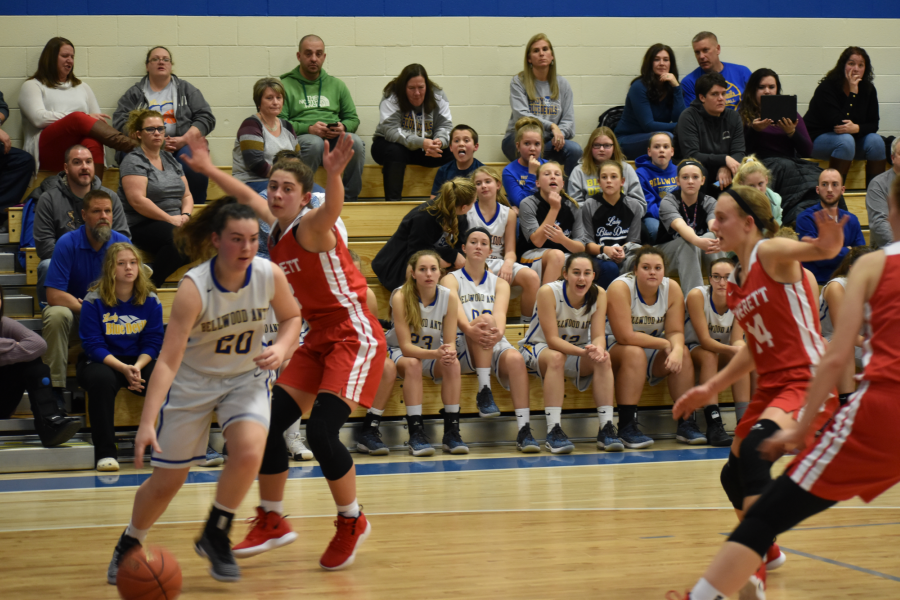 Last night the Lady Blue Devils took down Everett 80-53 at home in an ICC matchup.

The Lady Devils started off slow but quickly picked it up in the second half with the help of Junior Alli Campbell.

“Defense was the difference in the second half,” said junior Emilie Leidig. “And Alli made shots. Sakeria got 13 rebounds, so that helped, too.”

Campbell smissed her first 3-pointer and layup, but she quickly recovered and ended with a game high 32 points.

Junior Macy Decker also made a pair of threes for the Lady Devils, finishing the game with 8 points coming off the bench.

Sakeria Harlson only had 2 points but had 13 rebounds to help the Devils run all over Everett.

Senior starter Riley D’Angelo, sparked the start for B-A with a transition three and then hitting another 3-pointer 30 seconds later.

D’Angelo finished the game with 16 points while Jaydyn Shuke finished with six.

“We didn’t do as well as we would have liked in the Tyrone so, so we’re pleased with this win,” said Leidig.

Last night was also big for Campbell because Notre Dame Head Coach Muffet McGraw made an appearance to see Campbell, who verbally committed to Notre Dame over the summer.