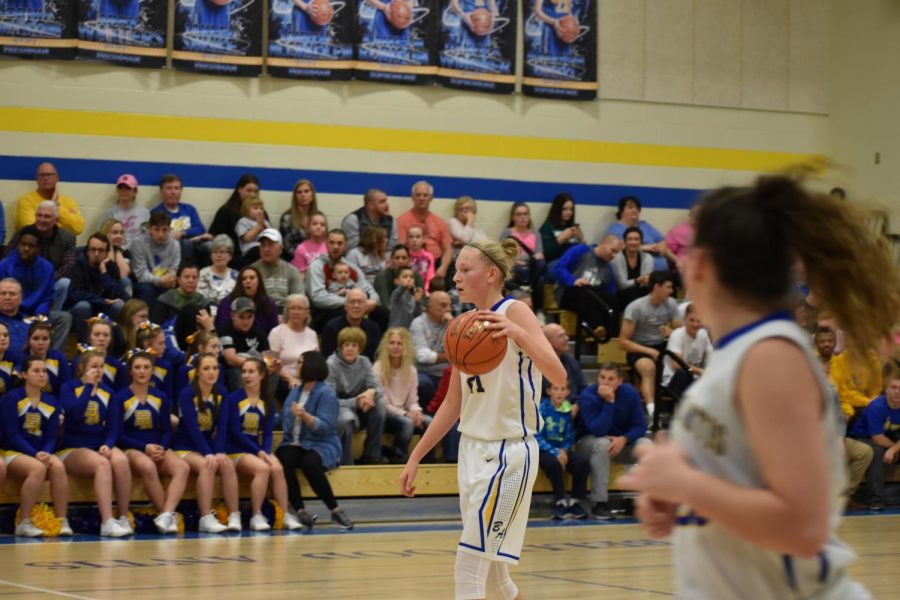 Alli Campbell scored 25 against Williamsburg in a big win for B-A.

Last Thursday, the Blue Devils had their first ICC conference game against Williamsburg on the road and got their first win of the season 53-34.

Bellwood held the Blue Pirates to 14 field goals and no players were able to get double figures scoring for the Pirates.

Senior Nathan Wolfe stepped up for Bellwood scoring 16 points and leading the Devils to victory.

Sophomore Zach Mallon put up 11 points for the Devils.  This makes the Blue Devils 1-1 starting off the season.

B-A’s next game will be December 18 against West Branch.

Junior Emilie Leidig led the team in scoring with 26 points, and Alli Campbell finished with 25.

B-A finished with nine three-pointers coming from four different people. Riley D’Angelo had one, Leidig had five, Campbell had two, and Macy Decker had one.

The Lady Devils started out strong in the first quarter scoring 31 points.

The Devils got their third straight win this season to make them 3-0 and 2-0 in the ICC.