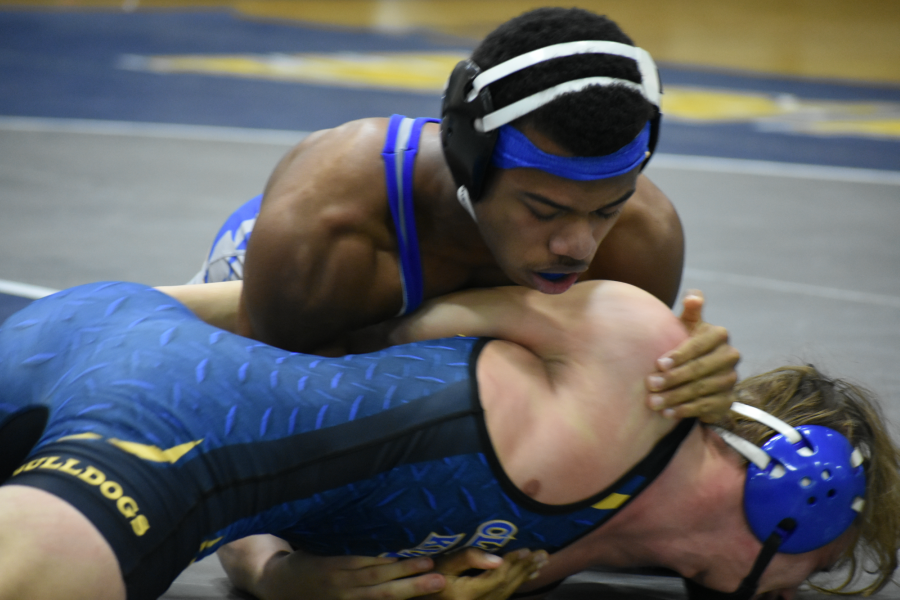 Sophomore Alex Taylor won his bout against Claysburg-Kimmel with a second period pinfall.

The Bellwood-Antis wrestling team had a great win last night against Claysburg Kimmel scoring a 59-18 win at home.

Bellwood had a great night with three players getting falls. Trentin Whaley (195), Evan Pelligrine (285), and Alex Taylor (152) all came to play with great wins at their weight class. Whaley and Pelligrine’s pins each came in the first period.

“It was a good team win. The guys wrestled well,” said Coach Tim Andrekovich, who was forced to miss the match with an illness. “The team is getting better every match and we are looking to build on that success when we take on United Friday night.”

This was a great win for Bellwood because they have had a rough past with Claysburg. It was a great confidence boost for going into the season.