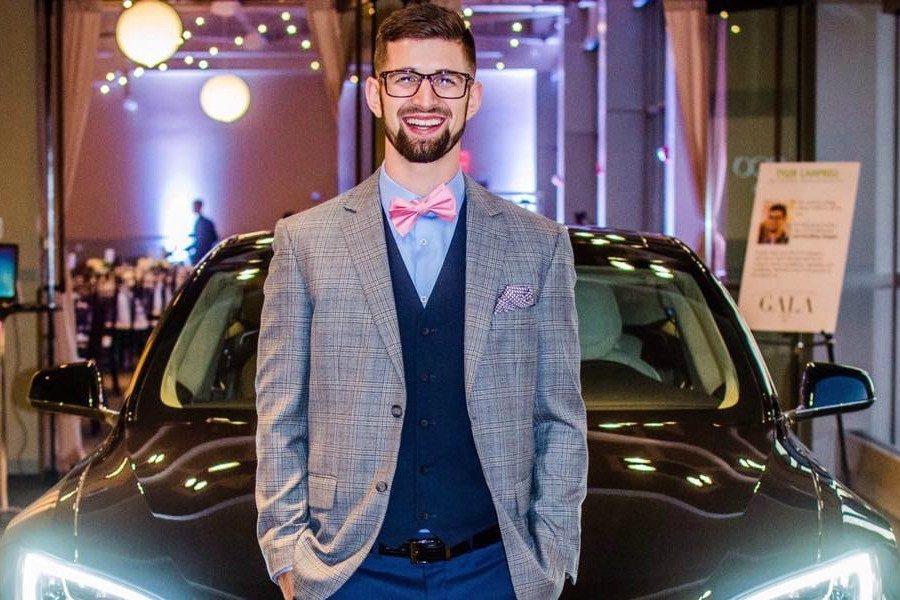 Tyler Campbell left Pennsylvania to work on the West Coast for Tesla.

Two-thousand thirteen graduate Tyler Campbell is making a life for himself on the West Coast!

After graduating high school, Campbell worked in construction with Jimmy Decker for a short period of time. In the spring of 2014, he enrolled at Indiana University of Pennsylvania. In 2015, Campbell chose to study environmental health and safety.

Campbell recently took a position at Tesla in Fremont, California. He is a specialist who works closely with engineers, managers, and associates that work on the lines. Campbell checks equipment and procedures that staff for Tesla use on a daily basis. The safety of about 1,000 associates is in Campbell’s hands. It is his number one priority to do what is best for all of them.

“Ever since the opportunity arose for Tyler, my husband and I were totally on board with his decision to work at Tesla,” said supportive mom Jo Ann Campbell. “As far as Tyler moving to California, I will admit it was hard and still his but as a parent you want your child to soar, so I am super excited for Tyler and will always be proud of him.”

On top of a 10+ hour work day, Campbell runs a podcast called “Third and Seven” for fun with best friend, Josh Coffey. Together they discuss topics in the realms of the 3 “F’s”: Faith, Family, and Football. In areas of football they mainly talk about the Pittsburgh Steelers and the New York Jets since those are Campbell and Coffey’s favorite teams. The podcast segment is rather new, only running for 3 months, but they have around 100 viewers, which is considered a success by the two of them. Viewers can listen on Spotify and iTunes.

“Josh and I wanted to do something that was life giving and fulfilling for us,” said Tyler.

“Tyler has inspired me to not be afraid of dreaming bigger. Seeing him go where God needs him to go, and having faith, has made my dreams so much more tangible. I hope to have the same boldness as my brother someday,” said younger sister Katie Campbell, who graduated from B-A in 2015.

After working and filming, Campbell heads to church to get involved with leadership activities.

“I teach a college class and I’m a leader in the young adult ministry. It’s an extra thing to fill the soul,” said Tyler.

In the future, Campbell’s long term goal is to stay at Tesla for as long as possible. He says he will stay as long as he feels called to do so. Campbell is open to anything and any opportunity. At some point in the next 10 years, he wants to go to seminary. Pursuing a pastoral role in a church and having that as a vocation has always been a goal.

“I wanted to work to see and feel what its like to be a person of faith in the workplace. I want to use what I learned through close personal relations with the associates to teach later in life,” said Tyler.

“I’ve seen Tyler become a man since leaving Bellwood. He has grown into a loving and caring person who goes out of his way to welcome people around him. He has become someone I look up to,” said older brother Kenneth Campbell, who graduated from B-A in 2010.

Tyler Campbell has grown and succeeded in the world of work and faith since leaving Bellwood. This makes him a special Featured Alumni.