Artist of the week: Dominic Caracciolo 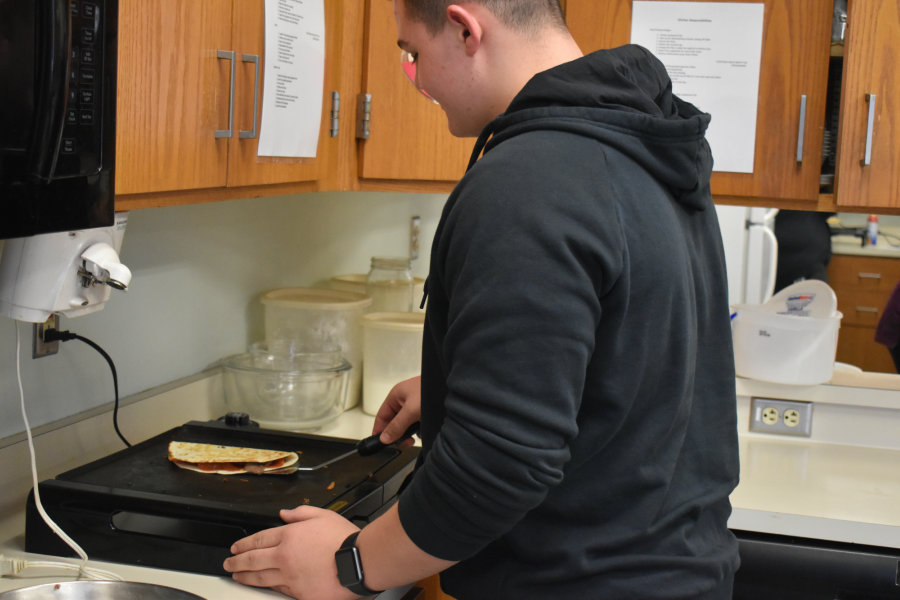 Dominic making a nice lovely omelet with his skills.

Freshman, Dominic Caracciolo, is this week’s Artist of the week.

Dominic has taken Home Ec. As a freshman to help him learn how to make quick and easy meals that he could use further down the road when he does to college and because he was interested in learning how to cook.

Dominic has found an interest in cooking from the classes he had previously taken in middle school.

“You might have to cook every day, but you probably won’t have to sew a hole in your jeans every day,” said Caracciolo.

According to Dominic, the best part of Home Ec. Would be the laid back environment but at the same time, you learn a lot of useful information.

Caracciolo’s favorite thing to cook in this class would be cinnamon rolls because it is one of his favorite foods.