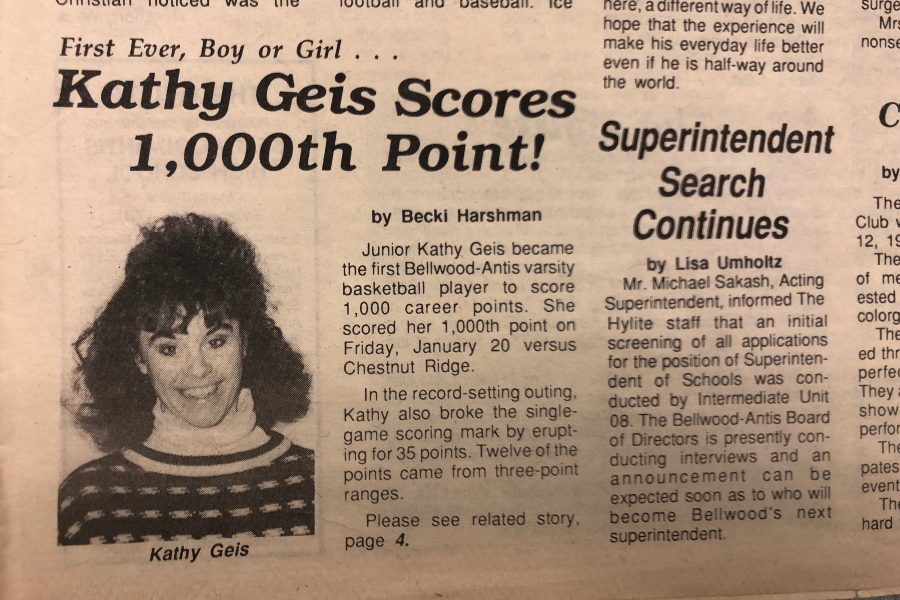 Thirty years ago, Kathy Geis scored her 1,000th point versus Chestnut Ridge on January 20, 1989. She had a record-setting night with 35 points in the game.

Kathy was a junior and became the first Bellwood-Antis varsity basketball player to score 1,000 career points.

Current B-A star Alli Campbell has surpassed her record. She now has 1,651 points.

With an average of 25 points a game, Alli will soon reach 2,000 points and has Swogger’s record in her sights for her senior season.