Treatment of LGBTQ+ students in schools: Getting better but needs improvement 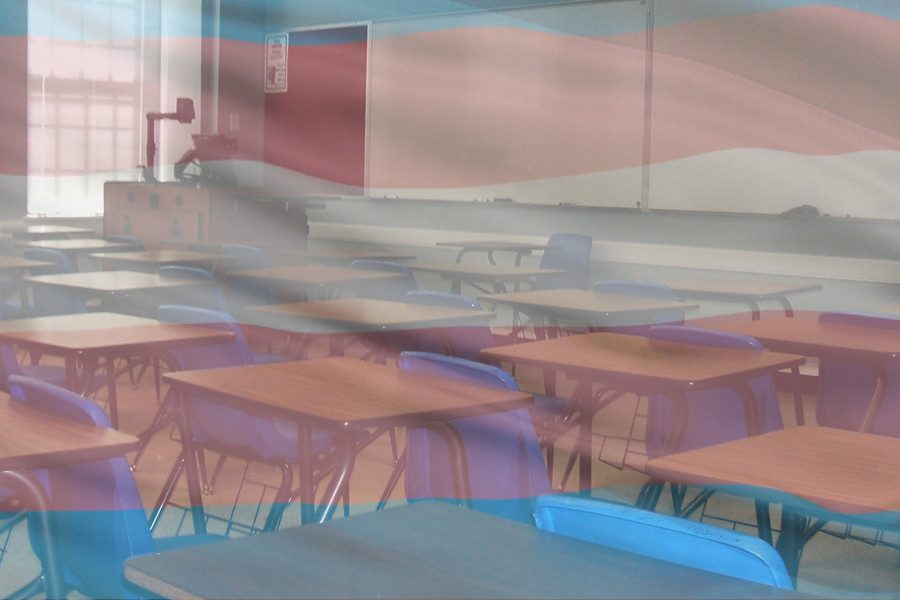 The treatment of LGBTQ+ members in schools has been getting better over the past years, but there will always be room for improvement.

Often students do not think of how something said will affect people. This is one of the major problems when it comes to the way students interact with each other, and that goes for every teen, gay or straight; however, it takes a lot for someone in the LGBTQ+ community to come out, and when people make comments about their sexuality or gender, it is a tough blow that is hard to come back from.

This can lead to many issues – leaving school, pulling away, even suicide – and for parents, this is a difficult situation as well. People realize that when you attack someone in the community, you also affect the person’s family. There have been documentaries and shows such as I am Jazz on situations like this, and parents have broken down due to the mistreatment and cruelty toward their children.

A 2017 article from Quartz said that in 2015 13% of LGBTQ+ students said they didn’t attend school for a day or more because they felt unsafe. While from 4 years ago, this is still a very relevant statistic. In the same article it stated that 25% of the LGBTQ+ community attempted suicide compared to 5% of straight teens. In the Human Rights Campaign Foundation 2018 Youth Report, only 5% of students say that teachers and staff are supportive of the LGBTQ+ community.

Issues like this are different anywhere, but there are signs it had improved at Bellwood. Dr. Alice Flarend, a high school physics teacher who has worked at Bellwood-Antis for more than 20 years, said that she feels that the treatment of LGBTQ+ students  has gotten significantly better over the years.

“Yes, there are a few people who say purposefully hurtful things but overall, acceptance has been there,” said Dr. Flarend.

A  B-A student who has a friend in the LGBTQ+ community was asked what she thinks and said, “Whether you agree or disagree everyone should be treated with respect. Believe what you believe, but let others live their life in a happy, supportive environment.”

She was asked about how the incident affected her. “Well, it made me feel unsafe. Up until then, class was always a fun place, not only to learn, but to socialize. When it happened, it made class a battleground, someplace where I couldn’t be myself.”

When asked what advice she would give to someone who is dealing with comments about the LGBTQ+, she said, “Definitely talk about it with someone. Honestly just get some help; it’s way easier when you aren’t alone.”

The fact of the matter is that no matter where you are, there is going to be people who do not agree with the LGBTQ+ community, whether it be religion or just out of hate. Regardless, students in schools should not be allowed  to treat other students like this and should be held responsible for their actions and should stay more open minded.

“Whether you agree or disagree everyone should be treated with respect. Believe what you believe, but let others live their life in a happy, supportive environment,” said senior Kara Engle, who has friends in the LBGTQ+ community.