Devils continue to hang with the best of them 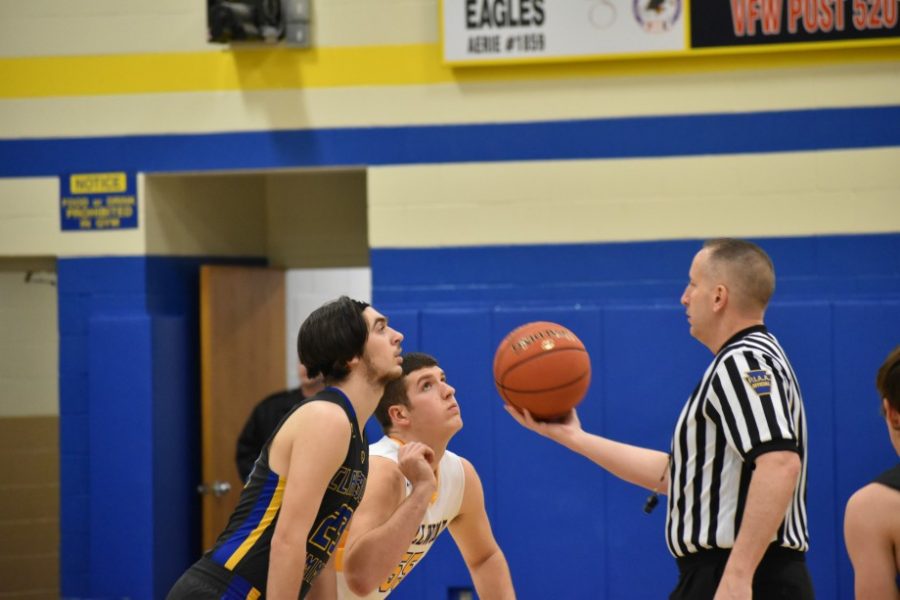 Nathan Wolfe prepares to tip it off against Claysburg-Kimmel.

The Bellwood-Antis Blue Devils had a dominant game against Claysburg-Kimmel at home last night, getting another conference win 80-60.

B-A has been playing at a high level, winning two in a row. Mason Yingling had another great game, leading with 32 points.

Nathan Wolfe also did well for the team as he contributed 17 points, and Troy Walker added 12.

The Devils broke the game by halftime, extending a two-point lead after one quarter to 41-27. The Bulldogs cut into the lead in the third before B-A closed the game on a 22-13 run through the fourth.

B-A improved to a 6-5 record and a 5-2 conference record. They will play Williamsburg this Friday at 6:00 in Bellwood.