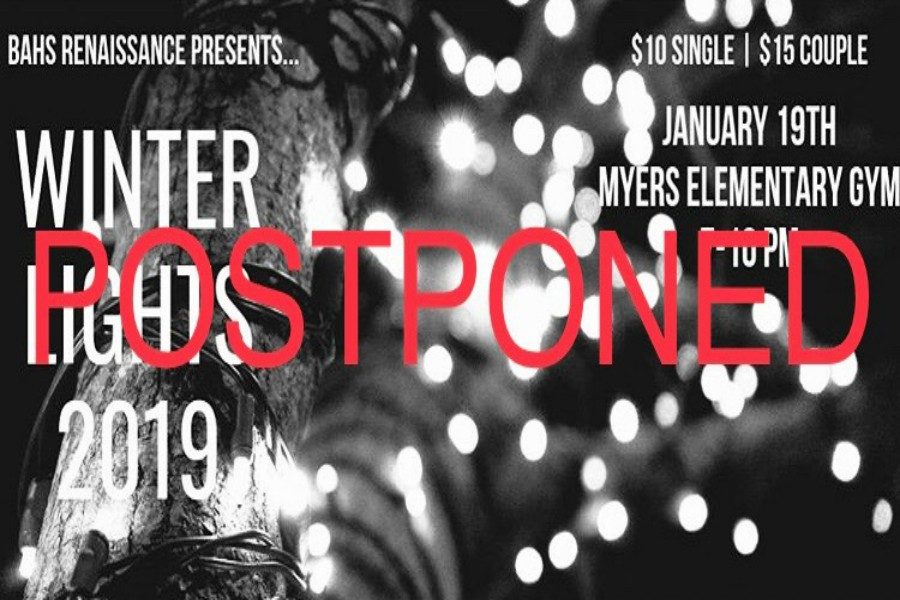 The Winter Lights dance has been postponed.

Due to inclement weather, the Winter Lights dance has been postponed for the first time in Bellwood history. Renaissance Club advisers have come to the tough decision to cancel the dance in the face of impending inclement weather.

According to club adviser Mrs. Allison Stinson, the decision came down to student safety.

“We can’t risk having students drive and get stuck or being out and not being able to get home,” said Stinson.

Meteorologists predict that beginning on Thursday, snowfall will hit Bellwood, along with the rest of southern PA. The bulk of this storm will supposedly hit all day Saturday, accumulating to 10-15 over the whole weekend.

Club representatives said it was difficult to make the decision, especially in light of the success of Renaissance’s very successful first try at a student body dance in September when it held the first Homecoming dance in more than 20 years. The clubs other student participation movements have also been successful, like Halloween night and the Homecoming lip sync contest.

“This is obviously frustrating and confusing for everyone involved, but we are going to pick a new date and get the new information out as fast as possible,” said, club president, Mya Decker.

Decker said that the dance will still happen sometime in February.