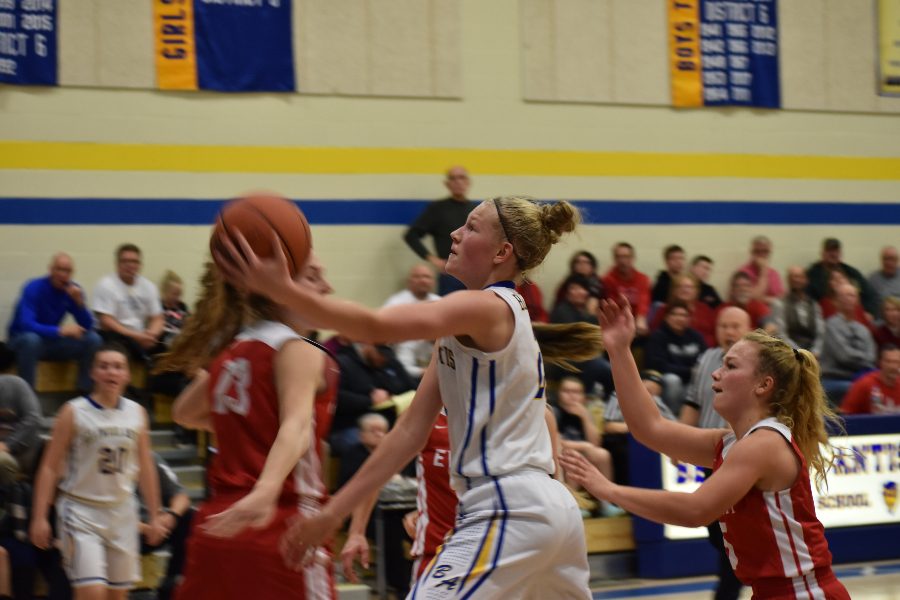 Alli Campbell went wild against Claysburg, and the Lady Devils needed all of her 40 points in a 2-point win.

The Lady Blue Devils came into their matchup against Claysburg-Kimmel expecting a game but didn’t know it was going to be as close of a game as it was.

Last night the Lady Blue Devils took on the Bulldogs in a tight ICC Matchup.

The Lady Devils took down the Bulldogs 70-68 with the game coming down to the wire.

“We knew it would be a tough game and they would come out gunning for us,” said B-A senior Riley D’Angelo. “Everyone always plays their best game against us.”

Late in the game the Devils were trail 64-52 with 5:10 remaining in the game. Coach Jim Swaney called a timeout to calm the girls down and get their heads on straight.

After the timeout, Bellwood came out hot in their full court press. B-A the routed the Bulldogs in the final minutes of the game taking yet another win on the road.

“We were all really calm and Coach said we have to chip away at it So we started pressing,” D’Angelo said. “On defense we knew we had to face guard their shooters. We had six fouls to give so everything was in our favor.”

D’Angelo put B-A ahead 69-68 with a foul shot late, and Alli Campbell made one seconds later.

B-A is seeing everyone’s best effort this season, and team members said they’re coach has prepared them for it.

“We won a state championship, we went to the Myrtle Beach tournament, because we are who we are … if somebody beats us they’re beating a state champion,” said Sakeria Haralson, who had 13 points and 12 rebounds. “That’s what coach always tells us.”

D’Angelo finished with 11 points on the night.

The Lady Devils next game is on the road again for a matchup against Williamsburg Thursday.