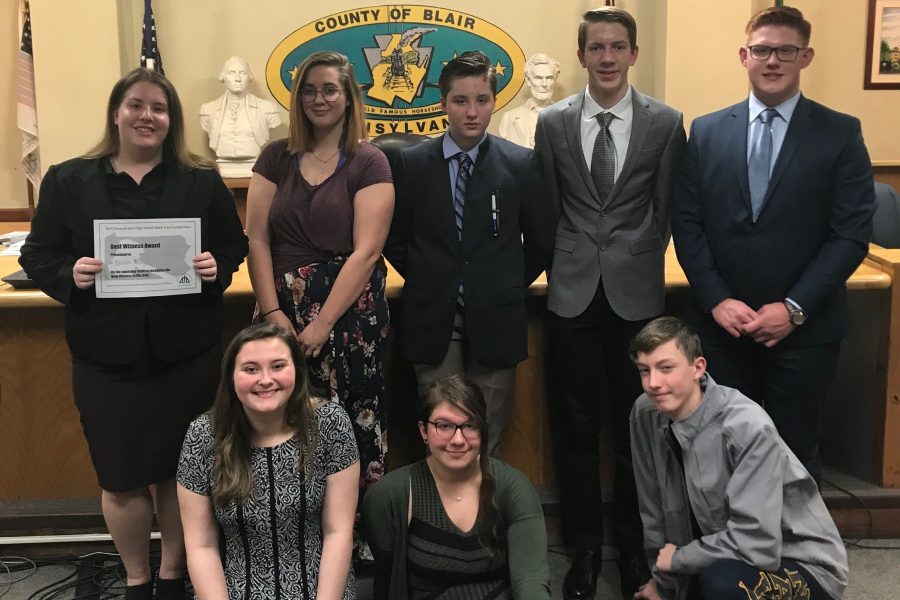 Wednesday night, the Bellwood-Antis Mock Trial had its first meet of the season at the Blair County Courthouse in Hollidaysburg against the Altoona B Team.

The teams were arguing the case of the Commonwealth of Pennsylvania versus Rae Shafer.

“This year’s trial is about a doctor who prescribed opioids to her patients. One of those patients died due to a combination of opioids that Dr. Shafer prescribed and Xanax that she got from another doctor,” saidMr. Matthew Elder, a B-A P.O.D. teacher who is the club’s advisor. “The doctor is thus on trial for causing the death of a patient through the prescription of drugs because she didn’t check to see if the patient was on other drugs.”

B-A argued as the prosecution on Wednesday.

Ray is the only senior o the team, and  many of the members are competitive speakers trying Mock Trial for the first time.

“It was my first time so I was really nervous,” Ray said. “I felt we had a really good argument, but for most of us it was our first time doing a Mock Trial meet, so the other team was able to get us on a lot of procedural things.”

The final ballot count was 4-2 in favor of Altoona, while in the final total score Altoona edged B-A 491-490.

The next Mock Trial meet will take place in Ebensburg, January, 30 vs Central Cambria. At that time Bellwood-Antis wil take on the role of the defense.

Mock Trial in Pennsylvania is a team competition run by the Pennsylvania State Bar Association that allows students to take on the part of lawyers and witnesses in a simulated trial. It incorporates research, debate and performance along with competitive speaking.