B-A girls closing in on milestones

Boys win No. 11 against Glendale 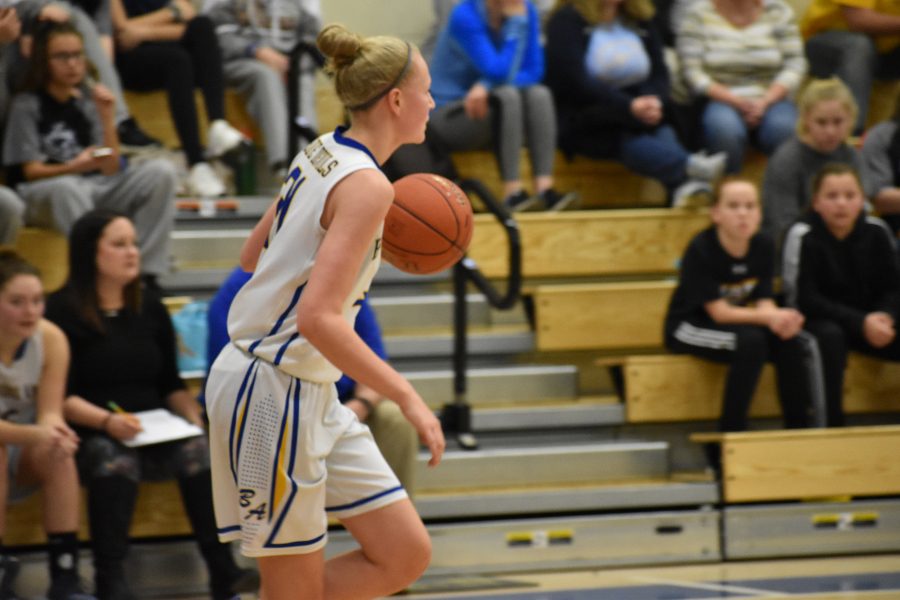 The Lady Devils continue to be a dominant threat in the ICC, beating yet another conference team and securing their twelfth win in a row.

Alli Campbell went over 1,900 career points for her career, finishing with 35 points and 15 rebounds and getting herself a double-double. She is en route to finish the regular season off hitting the 2,000 career points mark.

Senior Riley D’Angelo had a great game as well, getting a double-double with 11 points and 10 steals. She is close to a milestone of her own, edging closer to the 1,000 career points mark with 933.

B-A is looking to get its thirteenth win a row against Juniata Valley on Thursday January 31. A win would essentially secure the ICC title for the Lady Devils, who defeated Valley, a 2018 PIAA finalist, by 20 earlier this month.
Boys win seventh in a row
With B-A’s win last night over Glendale, the Blue Devil basketball team earned themselves a seven-game winning streak.

This streak was unexpected by many and the Devils have proved many people wrong this season by doing so.

The Blue Devils took down the Glendale Vikings 65-48.

Nate Wolfe led the team with 20 points and 15 rebounds, and Mason Yingling wasn’t too far behind with 14 points.

B-A ended the first half nearly doubling up Glendale up 35-18 after holding the Vikings to only 3 buckets in the first two quarters.

Bellwood came out hot in the second half, with Yingling, Zach Mallon and Troy Walker hitting threes.

The next game will be a tough matchup for the boys as they take on the Juniata Valley Hornets. A win would keep alive B-A’s hope of winning an ICC championship. The Devils handed the Hornets their only ICC loss earlier in January.