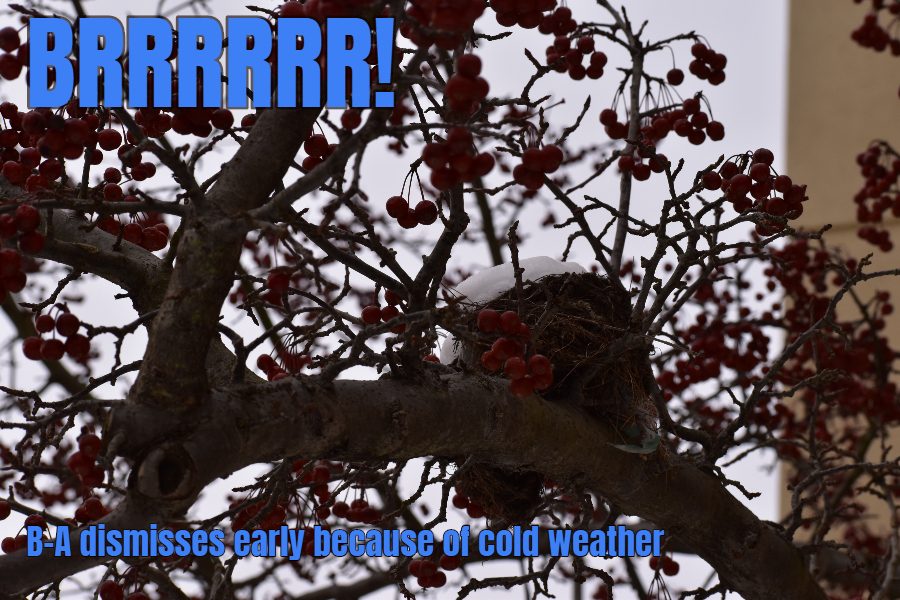 An administrative meeting was held yesterday when Dr. Tom McInroy, the Bellwood-Antis superintendent, received a text message from all the other superintendents in Blair County. They wanted to get students in to school for as much time as possible as long it was safe before letting out early.

“We reviewed the forecast for today and tomorrow and the temperature hit the number that we all felt exceeds safe temperatures,” said Mr. Richard Schreier, BA’s principal.

When the “real feel” temperature reaches negative double digits, the school district begins to consider a delay, dismissal, or cancellation. The BluePrint addressed the process of calling school delays and cancellations at BASD in a 2015 article you can access here.

“Our biggest concern was student safety. One of our other concerns was our buses literally freezing solid,” said Dr. McInroy.

As of today, students will be attending first, second, and third as normal and then returning to their homerooms and lunch.

“Based on the forecast, it will only get colder,” said Mr. Schreier.

According to the forecast for Wednesday and Thursday on WTAJ, the weather is only going to get colder with wind blowing from 1 p.m. to 4 p.m. and then around 7 p.m. to 7 a.m. tomorrow morning the temperature will be reach below zero.

Dr. McInroy said no decision had yet been made for Thursday, though the administrative team was already beginning to discuss its plans.