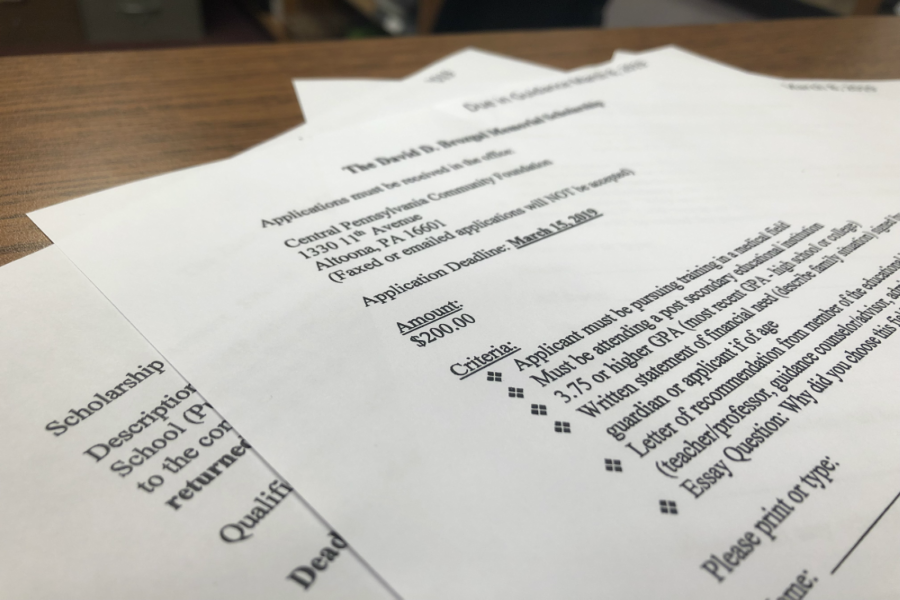 It's that time of year again seniors!

When applying for scholarships make sure to look around at the options, and even if you are not completely interested in a certain one, give it a shot anyway!

On Monday, February 4 during second period, all seniors will have a meeting with Principal Mr. Richard Schreier and Guidance Counselor Mrs. Danielle McNelis about scholarships, no matter what their post-secondary plans are.

National scholarships are always available, even though they are very competitive but hold a large amount of money. They are due at different points of the year; new opportunities are always presented so due dates vary. As for local scholarships, they’re not as competitive and several them are from local businesses, they tend to hold less money and are mainly due around March but have some other due dates.

New scholarships were released and are available in the guidance office.