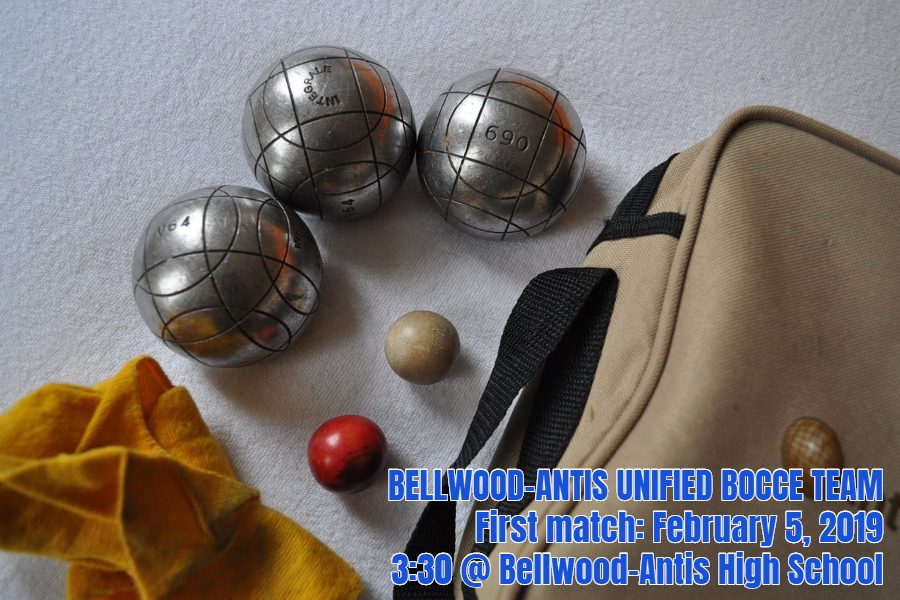 The unified bocce team kicks its season off tomorrow.

In the fall, Bellwood-Antis decided to initiate a Special Olympics program and create its first unified bocce team.

The group will have its first-ever match tomorrow at 3:30 in the Bellwood-Antis High School gymnasium. Fans are welcome to attend and show their support.

The bocce team is a mixture of Special Olympics-eligible-athletes and students without an intellectual disability. The idea for the team came from Principal Richard Schreier, Athletic Director Mr. Charlie Burch, and Key Club’s participation in Polar Plunge for PA Special Olympics.

The teamwas scheduled to have its first competition at Hollidaysburg last week, but it was postponed due to the weather.

Coach Stewart explained, “We’d love to have a lot of people come out and support the team. The team has been working very hard and is excited to compete.”

The unit has been practicing and working hard with excitement and determination.since the team formed in November Support for them is much needed and appreciated. Come out tomorrow at 3:30 to show your love.