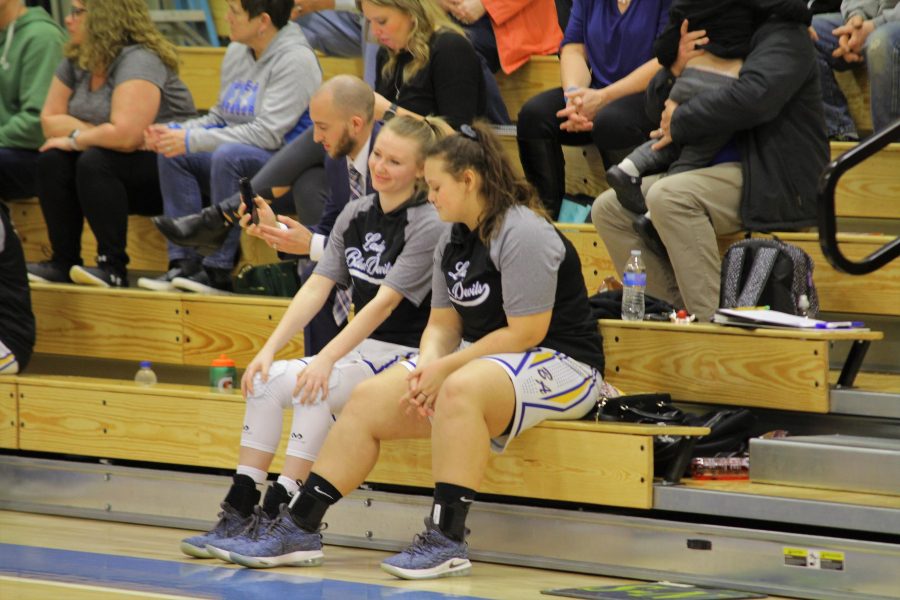 Seniors Ali Wagner and Riley D'Angelo wait to be called to the floor for their Senior Night basketball ceremonies.

The Lady Bulldogs of Claysburg-Kimmel were the only thing standing between the B-A Lady Blue Devils and their eighth straight ICC north division title.

Earlier on this season, B-A came back from down 12 to beat Claysburg-Kimmell by 2 points, but this time around it was a little different, as B-A won 84-60, and clinched an ICC north division title last night at home.

B-A came out firing, hitting two threes on their first two possessions, and later in the first quarter, C-K tied the game up at 13.  After that, B-A caught fire and coasted into halftime with a 14-point lead.

The Lady Devils got 35 points and 11 rebounds from Alli Campbell, and Sakeria Haralson added in 17, 11 of which came in the second half.

This is slated to be the eighth straight season the Lady Devils will play in the ICC championship game, and the fifth straight time that game will be played against Everett.

The ICC championship game will be played a week from this Saturday, at Claysburg Kimmel High School.

Ali Wagner and Riley D’Angelo, B-A’s only seniors, were recognized prior to the game in Senior Night ceremonies.