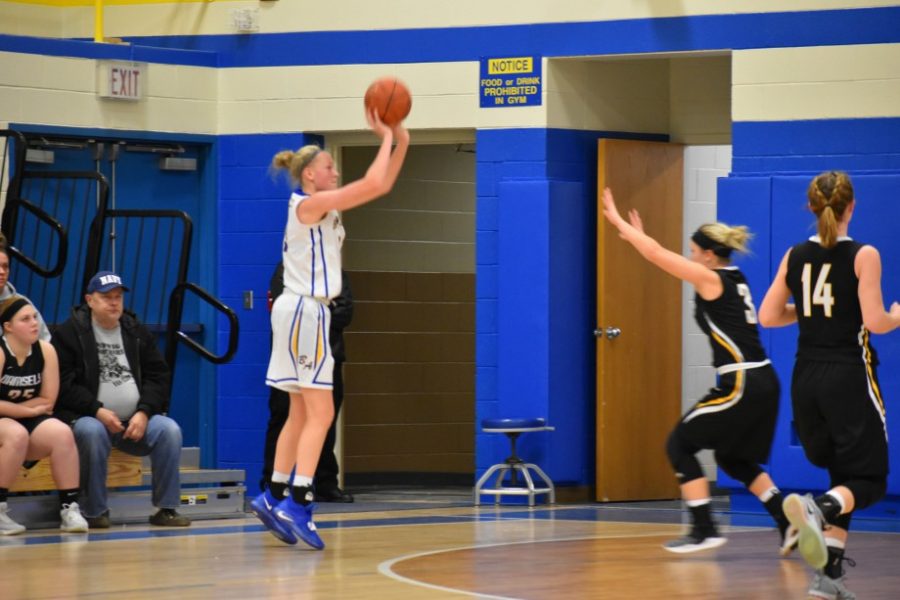 B-A junior Alli Campbell is closing in on 2,000 points.

Current B-A junior and Notre Dame commit Alli Campbell has 1,980 points and is steadily closing in on 2,000 and Swogger’s record heading into Saturday’s ICC championship and ensuing District 6 playoffs.

“It’s a great accomplishment for sure, and one that, most importantly, couldn’t be done without my teammates and coaches,” said Alli on the topic of scoring 2,000 points.

With a full senior season up and coming, the Blair County scoring leader could be Alli Campbell soon, but it seems Alli has bigger things on her mind.

“I’ve briefly thought about it, but it’s certainly not important to me right now.  We have the most important part of our season coming up, so I’m 100% focused on winning some games with the team and advancing,” said Alli.

Alli has cementer herself as one of the best high school players in the country, leading B-A to its first State Championship in girls basketball history in 2018. This season she is averaging over 30 points per game to go along with 9.8 rebounds, 6 assists and 4 steals. For her career, Alli is averaging more than 24 points per game.

The Bellwood-Antis Lady Blue Devils will face off against Everett this Saturday in the ICC championship at Claysburg-Kimmel High School and play Bishop McCourt in the first round of the District 6 2A playoffs net week.