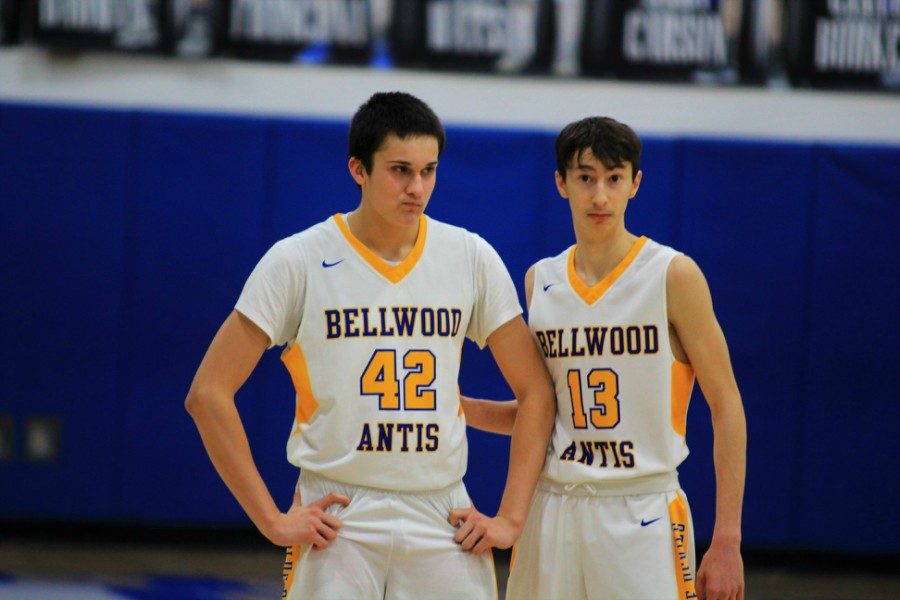 Jack Luensmann and Mason Yingling share a word during the ICC championship game.

The Bellwood-Antis Blue Devils faced off against Everett in the ICC Championship game in Claysburg Saturday night.

Bellwood kept it close early, but Everett quickly gained control by the second quarter. Te Warriors won by 14 points, with the final score set at 50-36.

Everett held a 5-point lead at the half before limiting B-A to single-digit scoring in the third and fourth quarters.

Bellwood-Antis will play West Shamokin in the first round of the District 6 3A playoffs this Friday night.