Athlete of the Week: Trentin Whaley 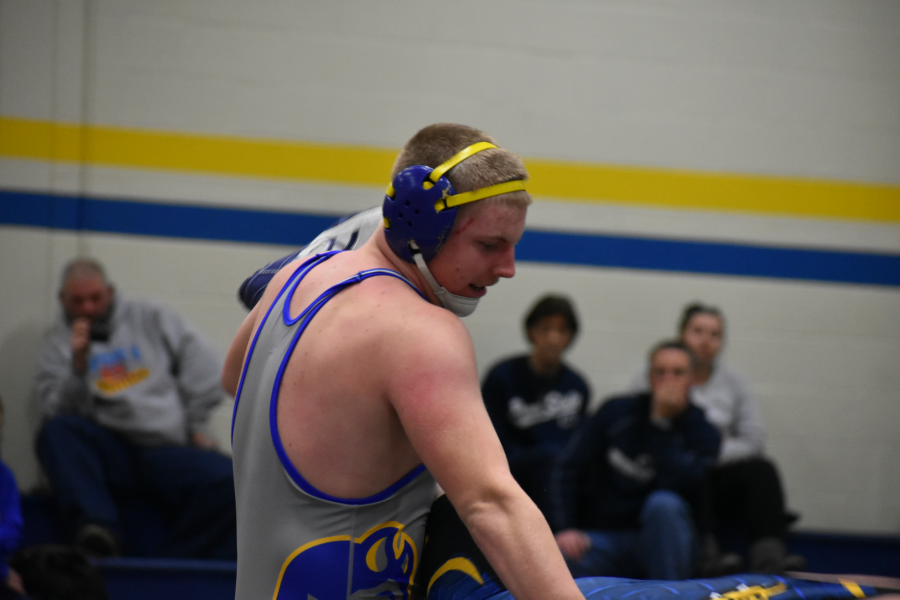 Trentin Whaley has a chance to make the PIAA wrestling tournament.

Trentin Whaley has always felt he’s a state-caliber wrestler, and as his senior year winds down he feels it is time to show it.

“I have to put my money where my mouth is though,” said Whaley.

Whaley is this week’s Athlete of the Week. Whaley is a three sport letterman in baseball, football, and wrestling. Currently Whaley is competing in post season wrestling having already placed in districts.

After placing third at districts last week at 195 Whaley is on his way to regionals and plans to push his way to states.

“I am expecting to perform well. If I wrestle to my ability and keep it simple, i should be able to make it to states,” said Whaley.

Whaley has been wrestling since he was in kindergarden and has been  influenced by many in his life.

“My biggest influence in wrestling is Alex Marinelli. He wrestles for the University of Iowa at 165 lbs,” he said.

Whaley is competing today alongside fellow teammate Alex Taylor at IUP at the regional tournament. Whaley has spent weeks preparing for this tournament and doing most of it on his own. Whaley said he always runs the track to improve conditioning, eats lean to maintain weight, and goes to the gym often.

“I go to the Underground for lifting, the track for running, and I do push ups, situps, and pull ups at my house,”said whaley.

If Whaley is successful today he will have the opportunity to move on to states and compete for a title.

Whaley has also made a huge decision in his life to take his physical attributes to serve his country. He has already enlisted and been sworn into the United States Marine Corps.

“My plan after high school is to join the Marines and become an officer, or go to college to become a nurse,” he said.