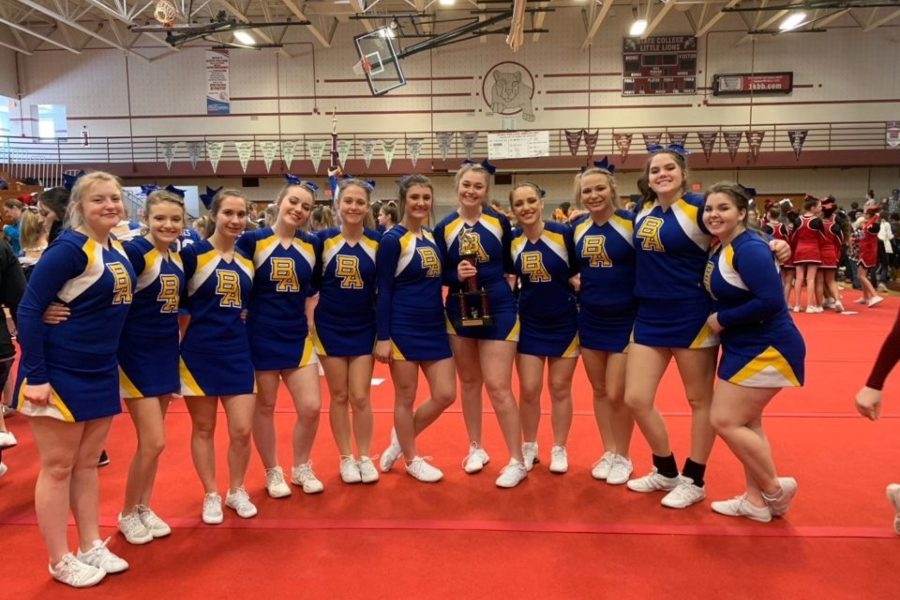 The B-A cheerleading squad wrapped up its first season of competition in a decade with a strong finish in State College.

One year ago, BAHS cheerleaders were not involved in competition. On December 15, the cheerleading team had its first competition, with an outcome of a fourth-place finish.

With room for improvement, they worked hard and strived to do better.

On Saturday, the Bellwood-Antis cheerleaders traveled to State College for their second competition. This time, they placed second, while West Branch won the small varsity division.

“I think what we did was really remarkable because for a long time we didn’t know if we would do another competition. We didn’t actually stick everything until practice Saturday morning,” said sophomore Caroline Nagle.

Bellwood-Antis competed at one period in the early 2000’s, but over a decade had passed before they started up again.

The Lady Devils were down one cheerleader, so that made the task even more difficult, according to freshman Emma Chronister.

“I think we did good, especially having to overcome losing one of our teammates. We worked hard. We need to have a lot of girls with commitment who want to be there,” she said.

B-A’s competitive season is now over, and the squad will take the offseason to decide if it wants to compete again next year.