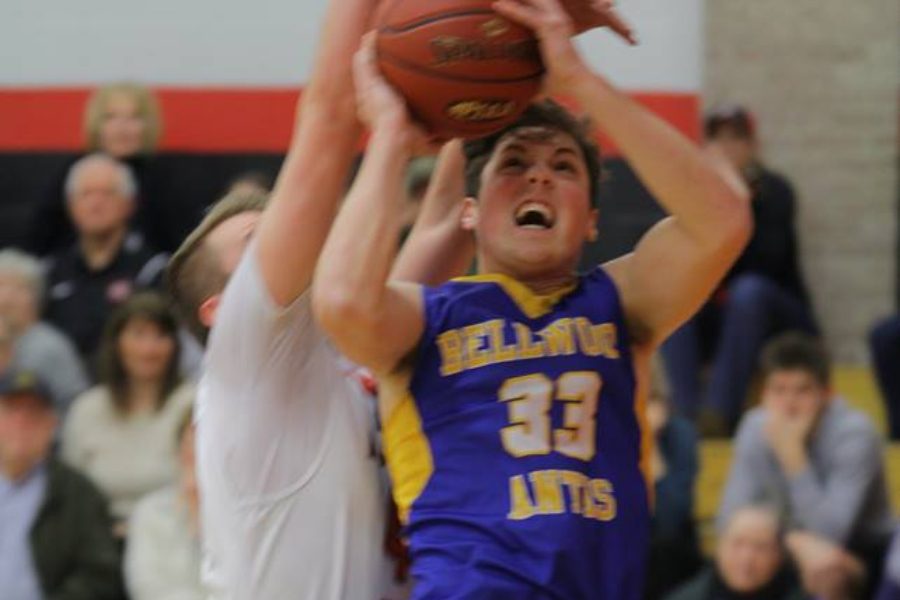 Troy Walker gets fouled as he attempts a shot against Ligonier Valley.

Bellwood-Antis faced off against top-seeded Ligonier Valley last night at Central Cambria to decide who moved on to play in the District 6 3A championship.

The Blue Devils fell 65-45, but even though they lost B-A will still advance  to the PIAA state playoffs. District 6 takes the top four teams from 3A into the PIAA tournament.

Bellwood-Antis had a rough start to the game with the score being 22-7 in the first quarter. The Blue Devils never recovered.

The Rams led by 21 at halftime, and while the Blue Devils actually outscored Ligonier in the second half, there was no overcoming the early deficit.

B-A fell to 16-8 overall while the Rams improved to 20-2 with their sixth straight win. They will face Richland in the championship.

No. 5 seeded Bellwood-Antis will play No. 3 Forest Hills in the District 6 consolation game on Thursday night at Altoona Area High School.