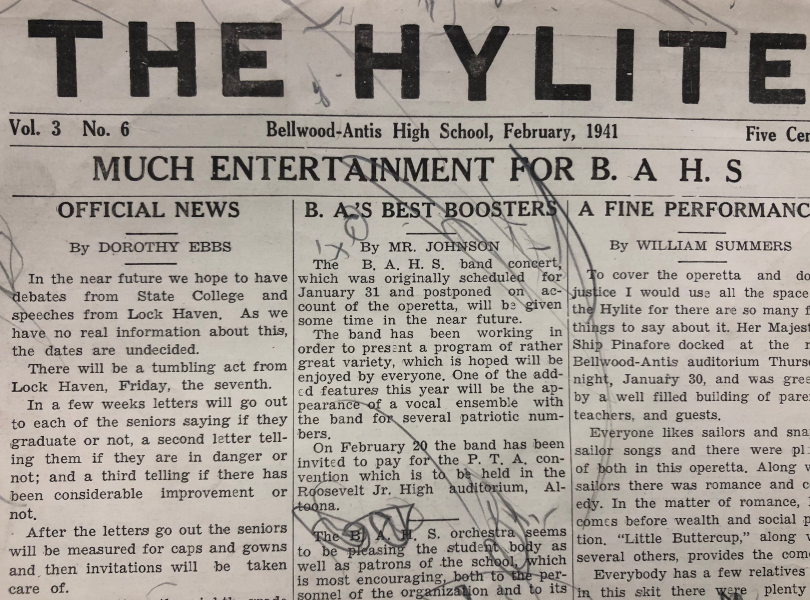 The Hylite of February, 1941 showed students preparing for graduation.

March 11 is the annual CHS school-wide debate for the seniors in CHS Argument.

This is a class through Pitt, which gives students taking their class a theme to debate each year.

B-A students will debate in front of the school for a chance to compete for a stop in a statewide debate hosted by Pitt.

Almost 80 years ago, BAHS was looking for other schools to have debates with including State College. Debates against speakers from Lock Haven were also being planned.

At the same time, BAHS  was sizing for caps and gowns and getting ready to send letters home showing if students would graduate or not, telling if they were in danger of not graduating, or it considerable improvement was being made.

Today students get measured for caps and gowns in the fall; they find out at similar times if the graduate or not, sometime after the first semester.