BA mini-THON is another success 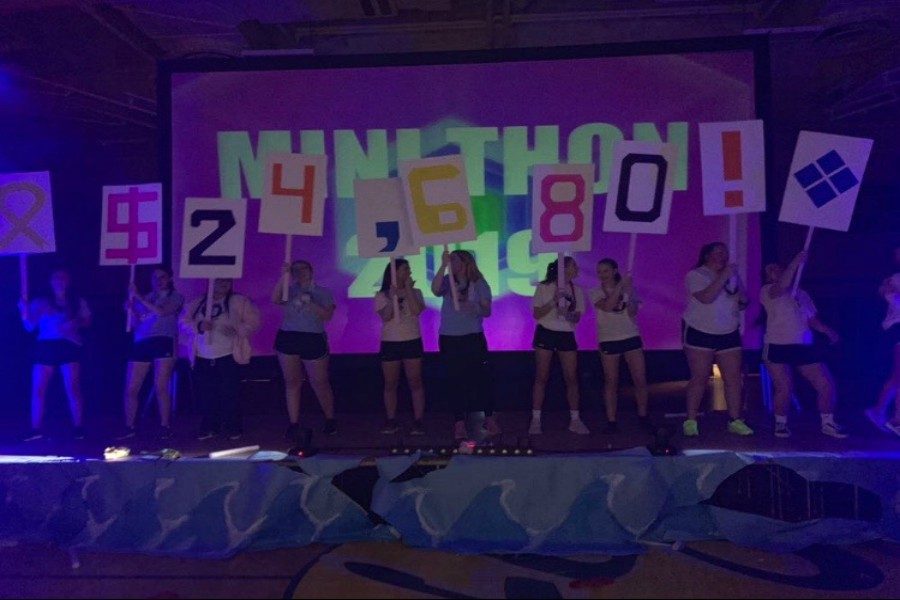 Last years mini-THON was a brand new experience for the Bellwood-Antis student body. It produced an incredible $13,000, but committee members knew there was lots of room for growth.

“Last year was like a blind trial run, but this year we had so many new ideas,” said Brandie Ray, mini-THON chairman.

Last Friday, Bellwood-Antis, the only school in Blair County to host mini-THON, announced it had raised $25,000 dollars for pediatric cancer patients at its second THON event.

Considering the original goal was $15,000, the Bellwood community really blew it out of the water.

“We thought we could make it, but it wasn’t until the last two weeks did we know our total was over $15,000. $25,000 was unexpected though,” said Mr. Matthew McNaul, mini-THON adviser.

“We were counting in the faculty room while the dance was going on and when that number popped up we cried,” said Mya Decker, entertainment and operations chairman.

Funds from THON go directly to the Four Diamonds, an organization that financially aids families dealing with childhood cancer. The purpose of mini-THON is to stand for a long period of time for children who cannot stand during chemotherapy and other treatments. This is accomplished through a series of activities over almost 12 hours, including sports tournaments, dancing, and video games.

A big difference this year compared to this year was the amount of fundraising B-A held. Shirts with the mini-THON logo and purpose were sold to the community and 51 raffles were made available for the community at the event.

The night itself consisted of games in the gym, teacher participation, face painting, children’s hour, community hour, raffles, food, and a dance at the end of the night.

“I am proud of our students. They seem to understand why we were raising money and are coming through big time,” said McNaul.

For seniors like Decker and Ray, it was even more important because it allowed their class to leave a lasting impression at B-A.

“I feel like we’ve left an impact on Bellwood as we leave and we also aided in saving a child’s life or at least helping. This event means everything to me,” said Decker.