The Rise of Climate Change 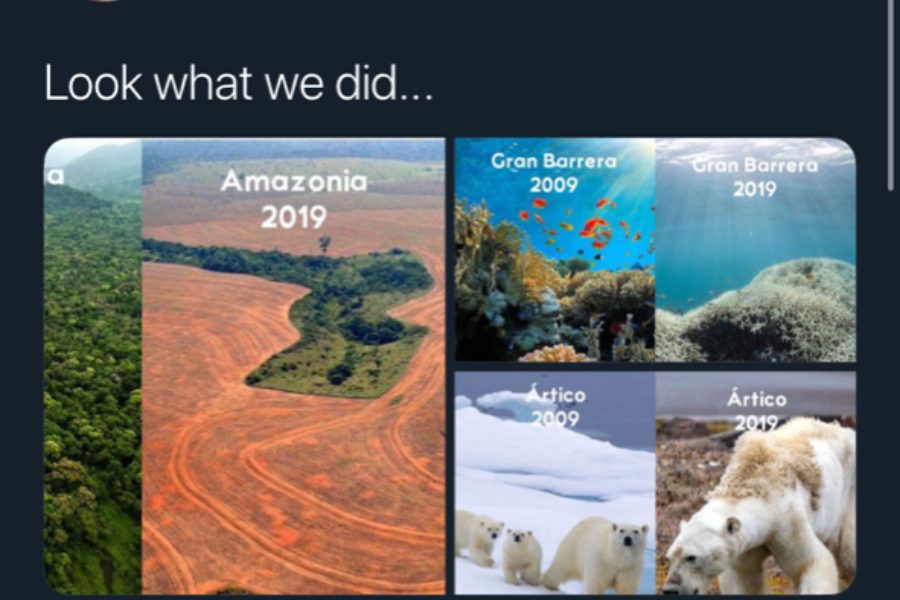 Climate change is something we can control.

I have seen more about Global Warming on Twitter, than in school…

Many people act like it either isn’t happening or don’t want to talk about it. WE, humans, are the problem and how couldn’t you see that? Releasing millions of fossil fuels into the air, one of the many reasons for our manmade problems.

There actually is a slight difference between climate change and global warming, and that’s where people get confused. Global warming is more human-made. Earth-orbiting satellites and other technological studies have helped scientists discover evidence for man-made global warming reaching a new high. The increases seem to be growing at a new, fast, high rate.

Even if you do not believe in global warming personally, taking care of our planet should be a priority no matter what. The idea of helping the environment and planet is looked at negatively at times or humans are simply too lazy to do anything about it. This will affect our children, grandchildren, great grandchildren, etc. All of us can fall short but try to change your lifestyle in positive ways to help the Earth. Each individual can help in at least one way, from recycling more, participating in the straw-free movement, riding a bike more rather than your car or the bus, or something that would simply just consume less energy.

More animals are going extinct or are endangered than ever before. Polar bears for example, are up there. The Bramble Cay melomys is now extinct and even though that wasn’t a well-known animal, the cause was linked to climate change reasons.