Balanced attack lands Lady Devils back in 2A title game 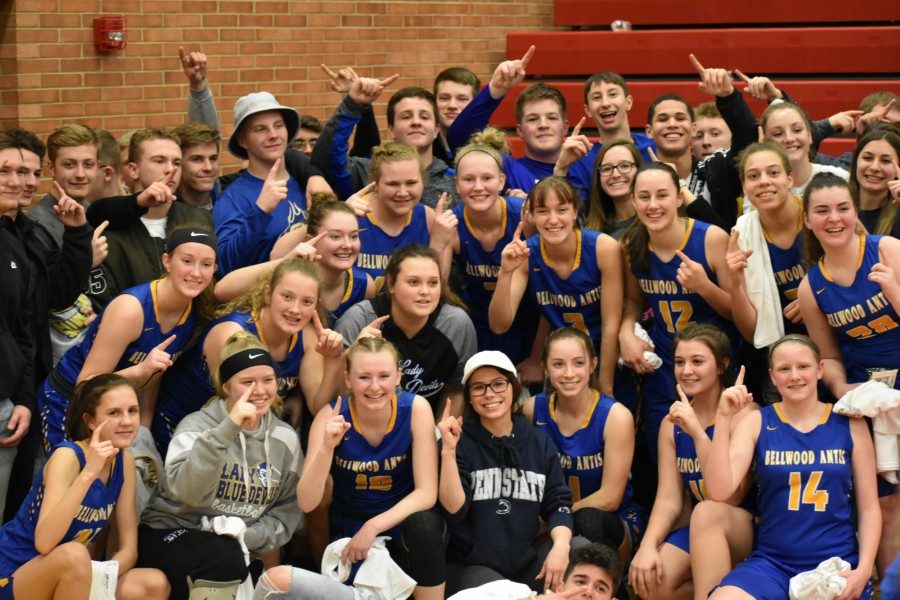 The Lady Devils are back in the 2A title game for the second straight year.

The girls brought home the win 66-58 and punched their ticket into the state championship for the second year in a row.

“This is the reason we put in so much time and play all year round,” said senior guard Riley D’Angelo. “Anything less would have been an unsatisfying way to go out. Playing my last game in Hershey for another state title is the best I could ever hope for.”

Not long into the start of the game, the Mahanoy Area student section began chanting “overrated” and “ballhog” at junior Alli Campbell, the 2018 Gatorade Player of the Year in Pennsylvania.

That was Mahanoy’s first mistake.

Those chants just made the Notre Dame commit even more motivated to take the lead.

Campbell sparked a 10-point lead in the first quarter and the Lady Devils didn’t trail at all throughout the game.

Until last night the Lady Devils had been starting out games slow in inter-districts, but this game was a change for them. They led 12-8 at the end of the first quarter and then in the second quarter they held Mahanoy to just 9 points.

A big key, according to D’Angelo, was the balanced scoring B-A was getting from its offense.

“We played a good team game,” she said. “Sakeria was solid inside, and when the ball was kicked out everyone was knocking down their shots and moving the ball really well.”

In the third quarter, with about three minutes remaining, Haralson picked up her third foul, forcing Head Coach Jim Swaney to take her out.

Mahanoy chipped away at the B-A lead and came back into range trailing by as little as four in the fourth quarter, but just when they thought they were coming back they were hit with an Emilie Leidig or D’Angelo 3-pointer.

“It always is very important to have consistent scoring,” said Coach Swaney, whose team had four players average double-figure scoring this season.  “We did nothing different.  Shooting a ball is like anything else that requires hand and eye coordination. You have to believe in the amount of work you have put in and believe the next shot will fall.”

Campbell closed out the game making her final foul shots to  bring home the win.

“We didn’t foul and we made foul shots in the fourth quarter,” said Haralson.

In the District final game against Juniata Valley, only Campbell and Leidig were in double digits, and that was a trend that continued, occurring in two of B-A’s three state playoff games before last night.

B-A had four players in double figure. D’Angelo, Harlson, Campbell, and Leidig all had 10 or more points, which helped Bellwood capture the win.

This was the first game in state play that the girls had four people in double figures and that was huge.

Now the Lady Devils are back in the finals, and it’s just as sweet as the 2018 run, Haralson said.

“If anything this is more exciting than last year,” said Haralson. “Most schools don’t get two back to back chances to get there.”