Track teams should be strong again 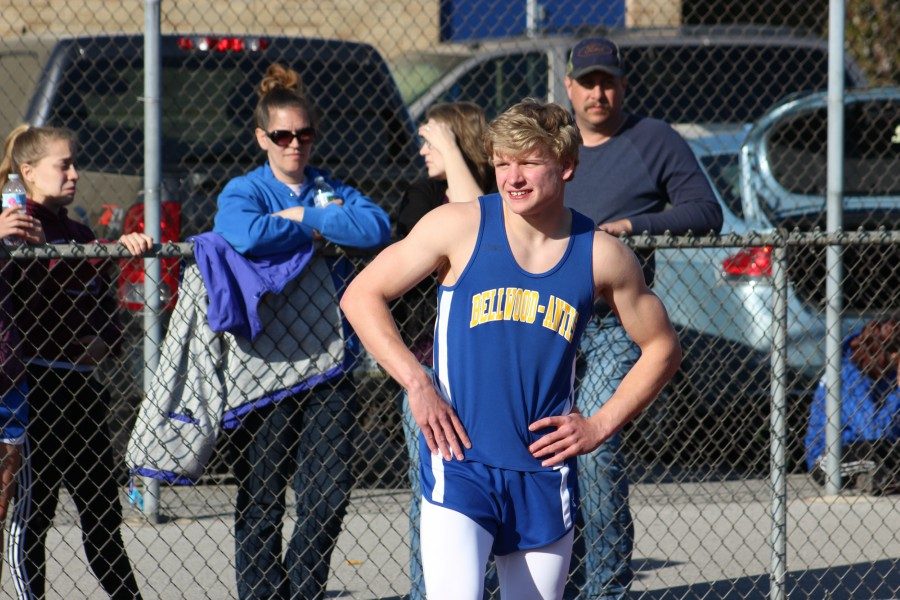 Shawn Wolfe is one of the top sprinters returning in District 6.

With a very chilly spring, its hard to believe that spring sports are upon, but they are.  Coach Lovrich has an amazing career record of 273-21-2, heading into his 20th season as the Head Coach.

“We have good numbers this year that should result in having a good competition to bring out the best in each of our athletes.  We have good leadership from the older athletes on the team, which is helping create a hard-working culture on our team,”  said Head coach Nick Lovrich.

The Bellwood Antis track teams had two people place at the State track meet last year, Clay Engle, and Lexi Gerwert, both of which were seniors.  Clay got the bronze medal in triple jump, and Lexi Gerwert came in seventh.

“We lost some very good athletes from last years graduating class, so we need some people to step up and take their place.  We have a lot of first year athletes coming out, so we are trying to find the right spots for them on the team,”  said Coach Lovrich.

Both the boys, and girls track teams finished with an undefeated regular season record, and the boys were crowned the ICC champs.

Every year is different than the last, but the goals for B-A seem to be the same.

“We would like to improve individually, and as a team throughout the season.  We would like to do well in our conference and improve on our performances in the big meets at the end of the year,” said Coach Lovrich.

B-A is looking for big things from leaders like returning District 6 200 meter winner, Shawn Wolfe, who should give the Devils a strong advantage in the sprints and relays, while Joe Wertz returns as a District place-winner in the shot put.

On the girls side, Jenna Bartlett, after qualifying for states in cross country, is back to lead the distance events, Jamyson Focht could be the Lady Devils’ top sprinter, and Kaelynn Behrens is back as the most experienced jumper on the team.

B-A starts their season off at home with a meet vs Bedford on March 26.